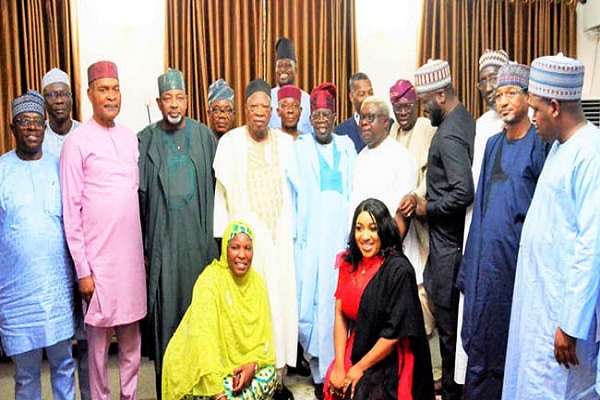 Sen. Bola Tinubu, the All Progressives Congress (APC),M 2023 Presidential Candidate, has charged the party’s National Working Committee (NWC), to stand strong, united and vigilant ahead of the elections.

Mr Felix Morka, APC’s National Publicity Secretary, said on Friday in a statement that Tinubu gave the charge when Sen. Abdullahi Adamu, the party’s National Chairman, led members of the NWC to visit him.

Morka said the team was at Tinubu’s Abuja residence, to congratulate him for emerging as the party’s 2023 Presidential Candidate.

Tinubu was quoted in the statement as saying that staying strong, united and vigilant is critical to defeating attempts by opposition moles and spies to infiltrate and undermine cohesion in the party.

The former two-term governor of Lagos State, and one of the leaders of the APC, pledged his total commitment to working with the party to achieve victory in the general elections.

He congratulated the NWC, APC members, and Nigerians, for the remarkably successful conduct of the party’s National Convention that saw his emergence as its presidential candidate.

Tinubu expressed confidence in the APC NWC, and its leadership to ensure victory in the coming elections.

Adamu had on his part during the visit, restated the commitment of the APC NWC, to deliver the presidency to the party, and Tinubu in the 2023 General Elections.

He assured Tinubu of the NWC’s resolve and determination to mobilise the leadership and base of the party, to secure a decisive victory for the party in the polls.

“The APC and Asiwaju Bola Ahmed Tinubu are the only choices that will ensure a prosperous, economically stable and harmonious Nigeria,” the statement quoted Adamu as saying.

The News Agency of Nigeria (NAN), reports that Tinubu emerged as APC’s Presidential Candidate for the 2023 General Elections at its just concluded Special Convention and Presidential Primary Election on Wednesday.

Tinubu, who contested the party’s presidential ticket with 13 other aspirants, polled 1,271 votes at the election to pick the ticket.

Related Topics:Tinubu charges APC NWC to be unitedvigilant ahead of polls
Up Next