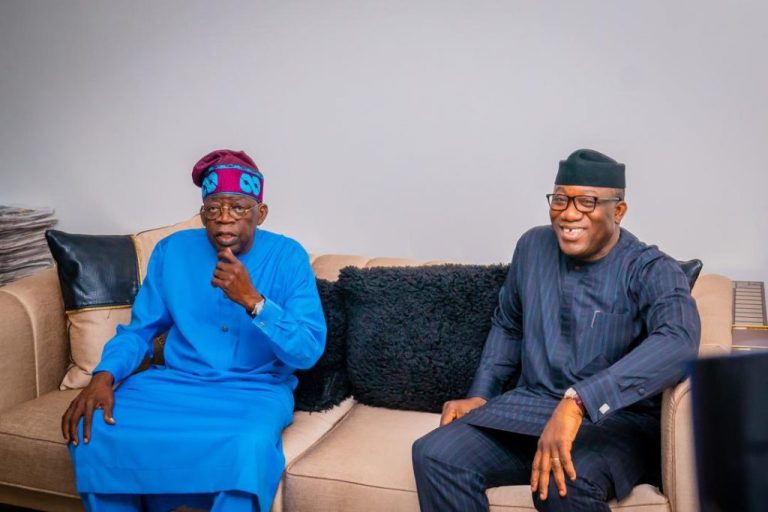 The governor of Ekiti state, Kayode Fayemi has given his reason for stepping down and supporting Bola Tinubu in the upcoming 2023 presidential election.

The governor gave his reason in a series of tweets shared on Sunday evening.

Fayemi, who spent the evening with Tinubu explained that he stepped down for him because the chieftain was a great influence on NADECO during its dark days.

According to him: “Tinubu is one person that I have worked with in the democratic struggles and was one of the wheels on which the engine of NADECO spun in the dark days of authoritarian rule.

“He is tested and has more experience to steer the ship of our country from May 2023.”

Sharing photos of their meeting on Twitter, Fayemi added, “It was a real delight to spend the weekend with my leader and mentor, Asiwaju Bola Ahmed Tinubu @officialABAT who recently emerged as the Presidential Candidate of our great party, the All Progressives Congress (APC) for the 2023 general election.

“I also had the opportunity to introduce Mr @biodunaoyebanji, APC candidate in the Ekiti gubernatorial election, scheduled for June 18, 2022.”

Related Topics:2023: Fayemi Reveals Why He Stepped Down For Tinubu
Up Next