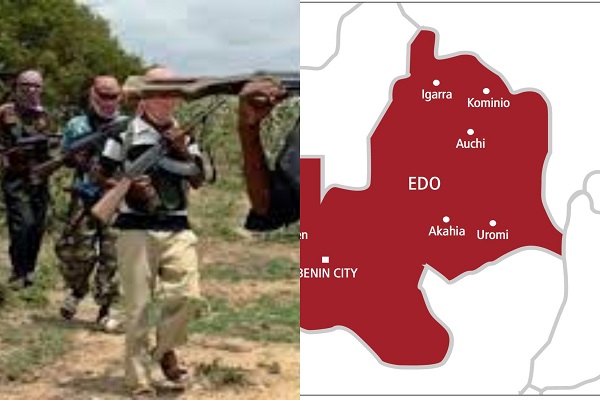 Thirteen mourners, including the bus driver, who are members of a church, have been kidnapped on the ever-busy Auchi-Benin highway in Edo State.

Members of the church were returning to their hometown in Delta State from a burial in Akoko-Edo Local Government Area in Edo North Senatorial District.

The kidnapped persons were members of God’s Will Mission founded by Archbishop Solomon Gbakara headquartered at Orhuwhorun in Udu, Delta State.

An elder of the church, who spoke in confidence, confirmed the incident.

It was gathered that members of the church were seized amid sporadic gunshots by the kidnappers, who moved them into the thick forest,but later got across to leaders of the church.

Edo Police Public Relations Officer (PPRO), Chidi Nwabuzor, a Superintendent of Police (SP), stated he had not been briefed by the area’s Divisional Police Officers (DPOs).

Related Topics:Abductors of 13 mourners demand N60m ransom in Edo
Up Next