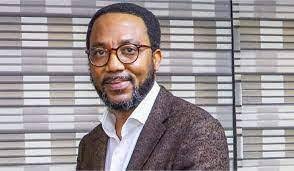 A civil society identified as Organized Crimes and Corruption Interception Project (OCCIP) has sought that the Economic and Financial Crimes Commission (EFCC), to probe the N829 million fraud allegation against the Managing Director, Nigeria Ports Authority, Mohammed Bello-Koko with immediacy.

As opined by the group, nothing has been heard about the fraud allegation against Bello-Koko after he was exposed earlier in 2022 by the EFCC.

As seen in a statement issued by the group’s chairman, Iteveh Nurudeen, dated June 19, 2022, and obtained by TrackNews Nigeria, the group stated that not much has been heard about the allegation of N829 million fraud against Bello-Koko.

The group also advised all civil society organisations across the country as well as anti-graft agencies to take steps on the activities of the Nigerian Ports Authority.

It said, “It is rather sad that the Nigerian Ports Authority which was supposed to be a viable organ of government for revenue generation and development of the maritime sector now has its mandate twisted. From the time of Bode George to Hadiza Bala and Mohammed Bello-Koko, the NPA has become a constant corruption topic in our media across the country.

“It is an aberration which we as a civil society must continue to frown on. While Mr Bello Koko is busy tooting his horn, the OCCIP has intercepted more details and documents on the financial escapades of the NPA management under his leadership which have been sorted for the appropriate quarters. We urge CSOs to join hands with OCCIP to see to it that the NPA leadership are held accountable.”

Secession: “No Going Back On Yoruba Nation” – Sunday Igboho