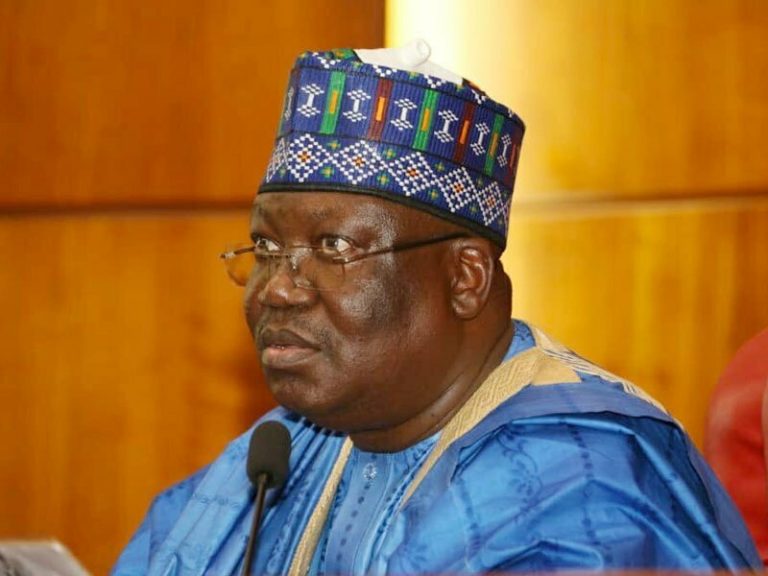 Senate President, Ahmed Lawan has congratulated Bola Ahmed Tinubu after he emerged as the All Progressive Congress (APC) presidential candidate.

The senate president shared his thoughts in a statement he personally signed on Wednesday.

Lawan stated that he was excited the APC primaries was hitch free, adding that it goes to show the party can run its internal affairs smoothly without any rancor.

He stated that he will work for the success of the party in 2023 while also insisting that Tinubu’s emergence as the party’s candidate shows he is the popular choice and he has no iota of doubt in the wisdom of that decision by the party delegates.

The statement reads: ”Your glittering track record of public service, foresight and grit in party building and administration, as well as the courage you continue to demonstrate in fighting for the entrenchment of democracy in Nigeria make you worthy of the high esteem and trust of our party members everywhere in Nigeria as exhibited at the National Convention.

”I have no doubt that with your credentials, experience, antecedents and political sagacity, our great party will go into the 2023 contest confident of victory.”

Related Topics:APC: Lawan Speaks After Tinubu Emerges As Presidential Candidate
Up Next