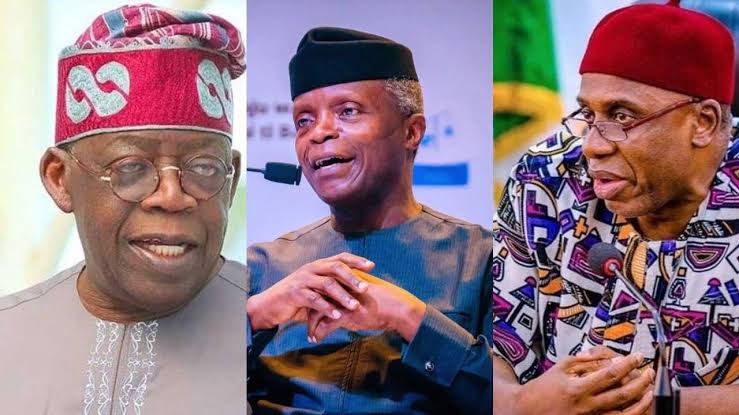 Nigerian vice president Yemi Osinbajo has been ranked top of the 23 aspirants vying for the All Progressives Congress (APC) presidential ticket for the 2023 election.

The Chief John Odigie-Oyegun-led presidential screening committee had announced that it cleared 13 of the aspirants to contest the primaries due to hold on Monday and Tuesday but was mum on the fate of the others.

However, an authoritative source hinted Vanguard that the committee scored the candidates based on its own criteria and Yemi Osinbajo emerged top.

The committee’s report submitted to the National Chairman of the APC, Senator Adamu Abdulahi, was set to be discussed at the Saturday night’s meeting between President Muhammadu Buhari, members of the APC National Working Committee (NWC) and the 23 presidential aspirants at the presidential villa, Abuja.

Also at the meeting were the Secretary to Government of the Federation (SGF), Boss Mustapha and the National Security Adviser (NSA), Major General Babangida Monguno

Related Topics:APC Presidential Ticket: Osinbajo Tops Tinubu And Other 22 Aspirants
Up Next