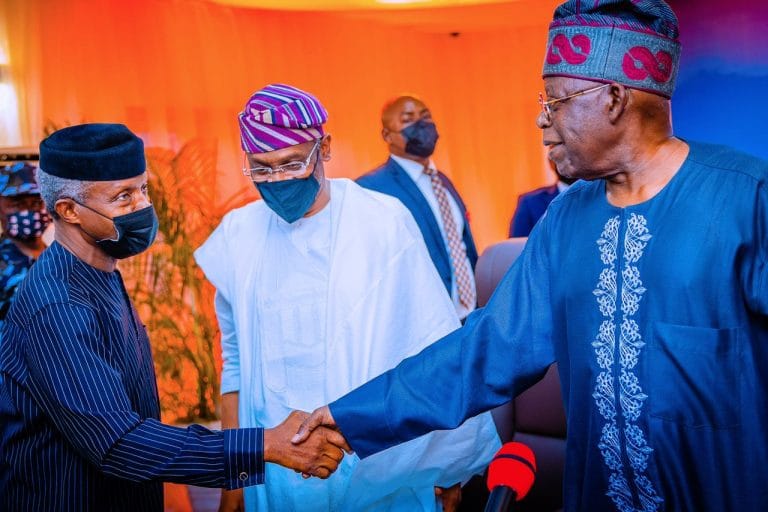 Richard Akinnola, the spokesperson of the campaign organisation of the Vice President, Yemi Osinbajo has congratulated the former governor of Lagos State, Bola Tinubu.

“In any contest, there must be a winner. However, I’m very proud of my choice of support in the person of Prof. Yemi Osinbajo.

“I have no iota of regret over my support for him. It was a privilege to play a pivotal role for him during the process. I would gladly do it over and over again. It’s a matter of conviction.

“And for all our supporters and other volunteers who worked assiduously, day and night on the PYO project, God bless you all. I’m so proud of all of you.

“As l often say, God rules in the affairs of men and He has a purpose for what just happened. Understandably, many of you are dispirited and downcast but do not let your heart be troubled. There must be a reason God allowed this. It may not be manifest to us now but later as He is all-knowing.

“I’m unfazed, unbowed and proud of PYO. Our supporters, abeg, make una shake it off. No, be say person die, Life goes on. No, you.”

Uzodimma: South-East Should Produce Next President — But There’s No Justice