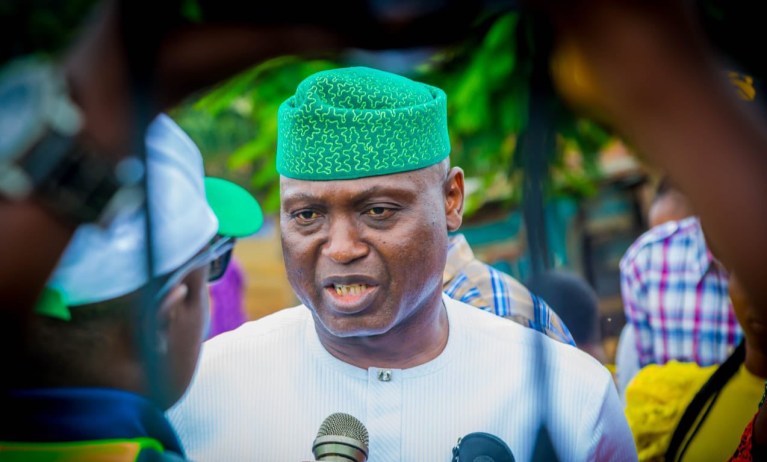 Gubernatorial candidate of the All Progressives Congress (APC) in the ongoing governorship election in Ekiti State Abiodun Abayomi Oyebanji is leading his opponents by a margin of 88,713 votes.

From results announced at collation centres of 10 Local Government Areas, Oyebanji polled a total of 155,090 votes, while Segun Oni of the Social Democratic Party (SDP) is runner up with 66,377 votes while Bisi Kolawole of the Peoples Democratic Party (PDP) is trailing with 57,590 votes.

The results from two LGAs are yet to be announced formally.

The Gubernatorial election saw an unprecedented number of excited voters who thronged to various polling units in different towns and settlements in Ekiti to exercise their civic responsibilities.

Security agents arrived many polling units as early as 7:20 a.m.
The voters’ register indicate 988,923 registered voters across 16 Local Government Areas in the state. To be validly elected, the winner must poll the highest votes and have at least a quarter of the votes in each of at least 11 local government areas.

Related Topics:APC’s Oyebanji Leads in 14 Local Governments
Up Next