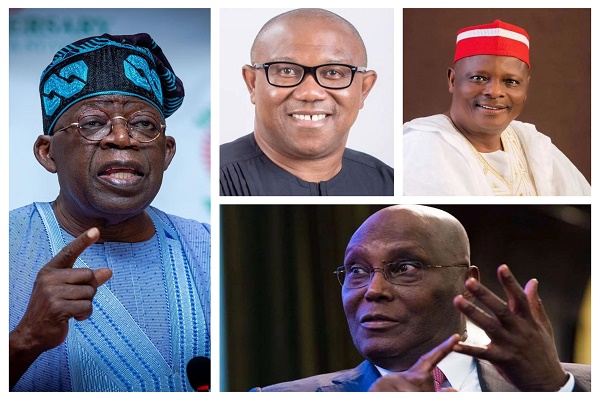 The Deputy National Organising Secretary of the ruling All Progressives Congress (APC), Nze Chidi Duru has said none of the presidential candidates of the opposition parties can stop the victory of Asiwaju Bola Ahmed Tinubu in 2023.

He ruled out Atiku Abubakar of the Peoples Democratic Party (PDP), Peter Obi of the Labour Party (LP) and Musa Kwankwaso of the New Nigeria Peoples Party (NNPP) as no threat to the APC standard-bearer in the general elections.
Duru, a member of the APC National Working Committee (NWC), maintained Tinubu’s victory is almost a done deal after he won the presidential ticket.
Speaking on Sunday in Abuja, Duru expressed optimism that many Nigerians that are yearning for Asiwaju will surely deliver him at the polls.
Asked about the chances against the array of presidential candidates of the opposition parties, Duru said: “Peter Obi comes with incredible credentials as well as Kwankwaso. You cannot deny the fact that they have swaths of followership not only in their areas or zone but also across the country. What I do not know is whether this followership will translate to a voting possibility during the election.
“However, having said that, the point we need to make is that APC is the dominant political party. There are two established parties in Nigeria which are APC and PDP.
“When it matters most and when we get down to the work, it will be a choice for the country to make and the choice for the country to make in my view will remain the hope that the candidate brings to the table, his achievements, what he has achieved in his private and public life and the kind of bridge-building that brings all the parts of Nigeria together.
“And I think the candidate that better reflects or represents this remains the candidate of APC which I believe that Nigerians will be the judge at the end of the day.”
When asked whether Nigerians still trust the APC to re-elect the party in 2023, the APC leader admitted the current administration missed some opportunities but insisted that Tinubu’s presidency offers hope for the country.

According to him: “I do not think it is a matter of APC and what this government has done well. It’s a matter that the Naira speaks in only one language whether you are the APC or PDP.

“Yes, we cannot deny the fact that a lot more progress needs to have been made and we cannot deny the fact that there’s hardship in the land. We can also not deny the fact that there are missed opportunities. However, what will this candidate (Tinubu) bring is hope. That all hope is not lost. That in areas where we’ve done well, we will continue to do well. In areas where we’ve not done well, there will be critical strategic inputs to improve on those areas, arrest the days of the locusts and then take Nigeria back to the path of prosperity that is devoid of party leanings.
“At the end of the day, whether you like it or not if you are the governor of a state and then there is insecurity in your land, it doesn’t speak the language of APC or PDP. It speaks the language of humanity.
“So when the development is not there. It speaks to all of us. So what this present candidate and what the party will offer to Nigerians is hope. That this candidate has seen it all. This candidate has walked the talk. This candidate from being a legislator to being an Executive Governor has also deployed his God-given talent in showcasing what is possible. And that given mandate he will introduce into the national landscape.”

‘Kwara APC not jittery over defections’