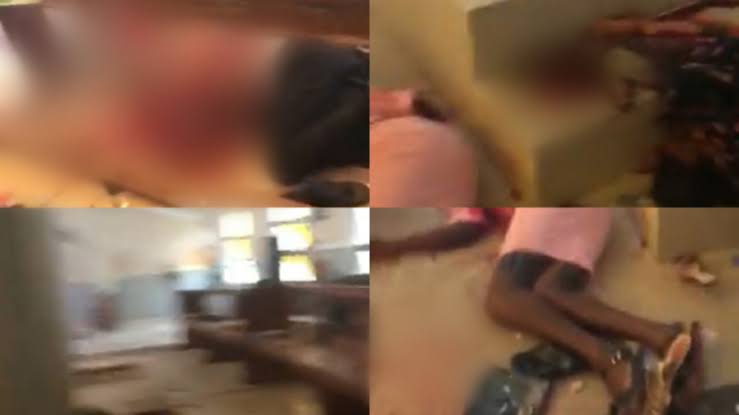 A newspaper distributor, Richard Orejesu, has narrated how he escaped the attack on St Francis Church in Owo, Owo local government area.

Orejesu said he was at the church to distribute newspapers.

He said a son of his friend came out to collect the papers which made him not to stay long within the premises of the church.

“I left and the church and the attacked came 10 minutes after I left,” he said.

Some members of the church who were visibly in shock said the attackers came in a bus.

They claimed a bomb exploded before the shooting began.

Another witness, who gave his name as Charles, claimed the attackers were Fulani.

He said: “We are appealing to the government to come our aid. We can’t understand why people will come to church to worship God and be killed in the manner

“We want the Yorubas come together unity to fight this monster. If this can happen in the Governor’s home town then the rest of us are not safe. About four of them attacked the church. They came in a bus. Nobody was kidnapped.”

Related Topics:Attackers of Owo church came in a bus- Witnesses
Up Next

Shettima Apologizes To Osinbajo For Liking Him To A Gala, Ice Cream Seller