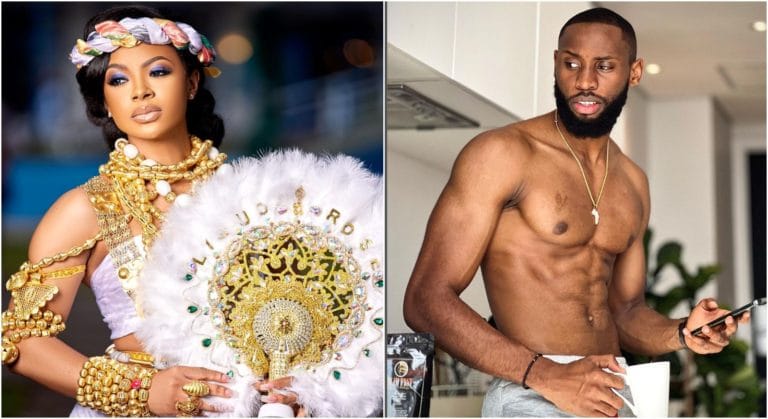 The Big Brother Naija ‘Shine Ya Eye’ Reunion Show held its final episode last night and the former housemates had an opportunity to clear all issues and apologise to themselves.

Liquorose and Emmanuel also gave clarification on their relationship amidst their painful breakup.

The show host, Ebuka Obi-Uchendu asked Liquorose if their relationship was defined from the beginning.

She said: “It was defined! Yes, I was his girlfriend.”

However, Emmanuel countered her, saying he would not seat and watch Liquorose lie against him.

He said: “I know for a fact that I never asked Liquorose out. We never agreed that we were dating. We never put a label on what we had.”

Liquorose also said Emmanuel went on Instagram to block and unblock her so that it’ll look like they unfollowed each other.

The reality TV star added that she has no time for unfollowing and blocking people on social media.

Related Topics:BBNaija Reunion: ‘I Never Asked Liquorose Out And We Never Agreed We Were Dating’ – Emmanuel
Up Next

Angel to fans: you can drag me but not my parents