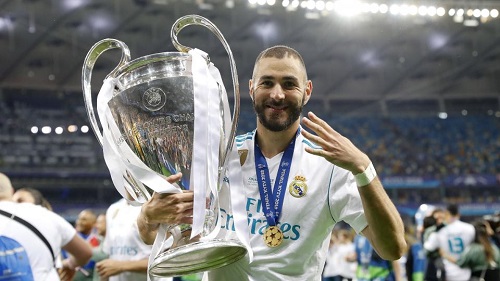 Lionel Messi was crowned in 2021, winning his record seventh Ballon d’Or, but Perez told El Chiringuito that he is fully confident that Benzema will succeed the Argentinean.

Messi himself has said that he has “no doubts” that Benzema will be rewarded for a historic season. He said that Benzema was “fundamental” to Real’s 14th Champions League title.

The 34-year-old Benzema enjoyed his greatest season in 2021-22. He scored his 49th goal of a magnificent individual season in a 4-0 hammering of Espanyol that sealed Madrid’s 35th Spanish title in late April.

The veteran even shone for France, scoring six times for Les Bleus.

However, this is not the first time that Perez has pushed for Benzema to be recognised. He was equally vehement that Benzema should have won in 2020 as well, before the award was cancelled due to the Covid-19 pandemic.

This time around though, there seems to be very little standing in Benzema’s way. Eurosport’s power rankings puts him clear at the top, with Liverpool duo Mohamed Salah and Sadio Mane expected to round out the podium.

Perez also explained that the signing of Benzema back in 2009, part of an epoch-defining summer spree which also saw Xabi Alonso, Kaka and Cristiano Ronaldo move to Madrid, was special for him.

The Madrid president named some of the luminaries who he has signed for Real – Zidane, Ronaldo, Luis Figo, David Beckham, Kaka, Cristiano – but that only for Benzema did Perez go all the way to the player’s house to convince him to sign.

Benzema was already a legend before this historic season, but he has never even been in the Ballon d’Or’s top three. Should he win, he would be the fourth French player to do so, joining Raymond Kopa, Michel Platini and Zinedine Zidane. Interestingly, three of the four also played for Real Madrid.

Vinicius Jr, the match-winner for Madrid against Liverpool in Paris, is a candidate for the Ballon d’Or this season himself, and Perez says he is “100% sure” that the Brazilian will win football’s greatest individual prize one day.

Having joined the club from Flamengo in 2018 for £38m, Vinicius Jr, had taken some time to find his feet in the Spanish capital.