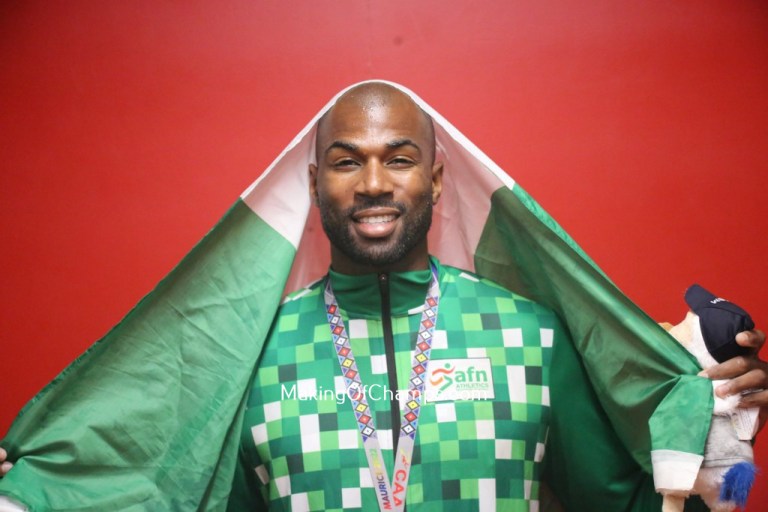 Mike Edwards, runner-up at the Big Brother Naija Season 4 has won a silver medal for Nigeria at the African Championships in Mauritius.

Edwards won the medal in the High Jump category as he leaped 2.15m.

The multi-talented athlete only missed out on the gold medal on countback.

His medal has come in the last day of the Championship with Nigeria seated third on the medal table behind South Africa and Kenya on first and second positions respectively.

Edward came to the Big Brother Naija on the back of his impressive athletics track record.

He has been on various projects since he came second on the show, including anchoring Budweiser’s show and also appearing in various advertorials.