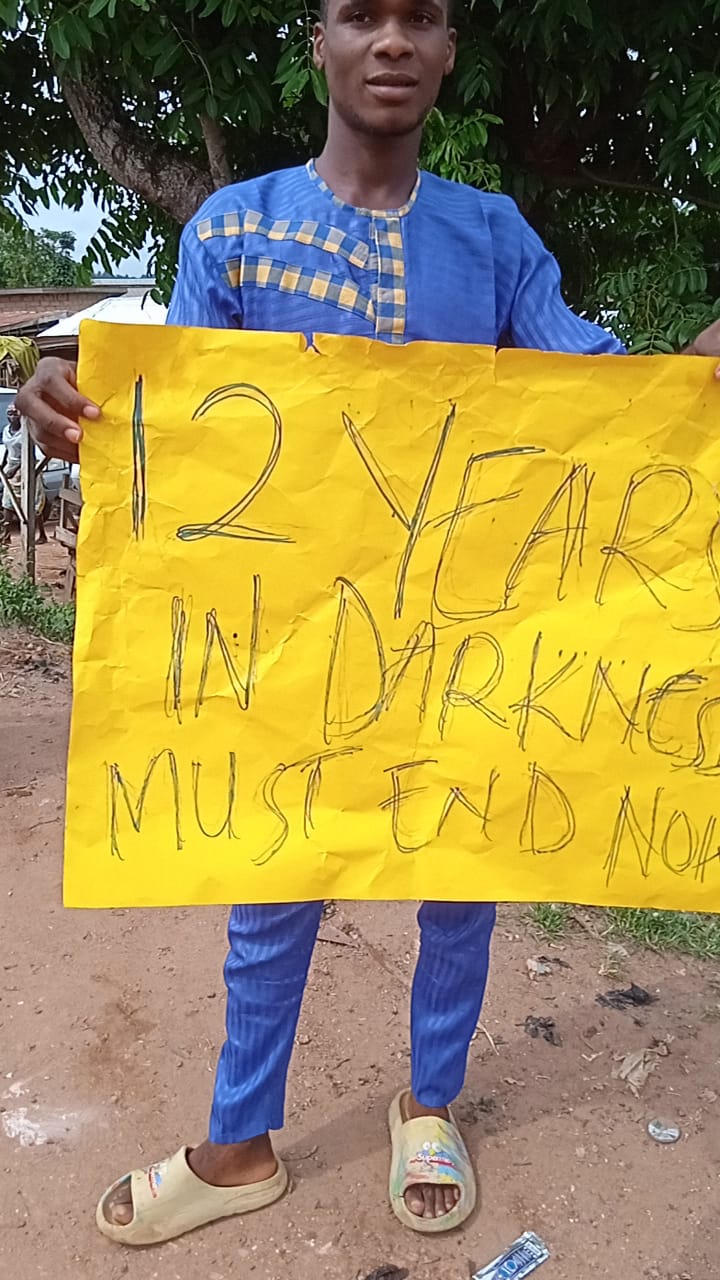 Residents of Garage Olode in Ife South Local Government Area of Osun State, on Saturday, protested the total blackout the town had been subjected to in the past 12 years.

The protesters, who trooped out en-masse to express their grievance over the slow pace of the ongoing electrification and reconnection project embarked on by the Osun State Government, blocked the busy Ondo-Ife road.

This development caused disruption in the smooth flow of traffic on the stretch of the road.

They were armed with placards with different inscriptions all calling on Governor Adegboyega Oyetola to ensure their stay in darkness ended soon.

Several motorists and their passengers were left stranded as the busy road was blocked for over two hours by the angry protesters.

On enquiry, the Osun Commissioner for Works, Oluremi Omowaiye stated that within the next three weeks, power would be restored to the town.

In his words, “It is quite unfortunate they have not had power supply since 2009 but the good news is that within the next 3 weeks, the power restoration project embarked on by Oyetola administration will be completed and there will be power.

“Oyetola administration has put in a lot into the project I can confirm. So they will smile soon.”

Tracknews gathered that the State Governor, Adegboyega Oyetola had in June, 2021, flagged-off the reconnection of the town to the national grid but the project has not seen the light of the day as darkness continued to persist in the town and its surrounding communities.

I don’t sing for money but to win souls –Awolumate