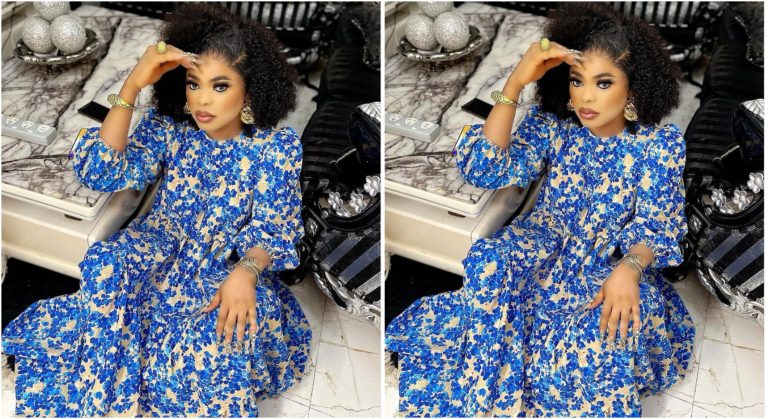 Controversial Nigerian cross-dresser, Idris Okunneye popularly called Bobrisky has finally showed off her multi-million naira house weeks after he was accused of lying about owning a home.

TrackNews reports that there have been speculations that Bobrisky didn’t buy the house but rented it to chase clout on the internet. However, the male Barbie proved the naysayers wrong after sharing a photo of the mansion on social media.

Taking to Instagram, Bobrisky wrote: ” I brought myself a smart home. This is what a home of 400, 000million in one of the best locations in Lagos.” 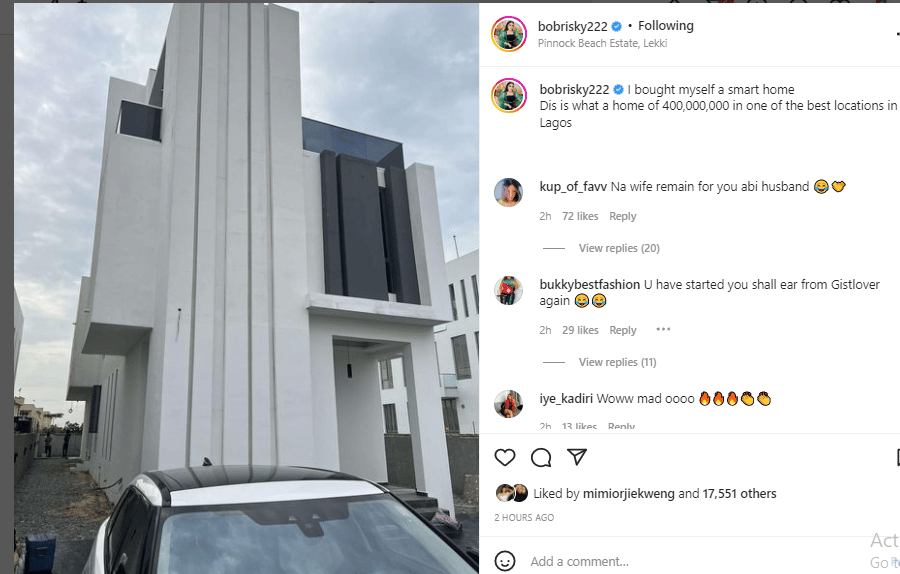 Meanwhile, the cross-dresser recently admitted to taking a loan for his housewarming party.

This is amidst the speculations that Bobrisky’s new apartment was rented and wasn’t built or bought by him as claimed.

After much anticipation of his housewarming party, Bobrisky took to his Instagram page earlier today to announce the scheduled date of the event.

Reacting to the Instagram post a social media user subtly shaded Bobrisky that he would be funding the party with a loan.

Responding, Bobrisky admitted he took a loan but at least had good credit in his account before he was given a loan.