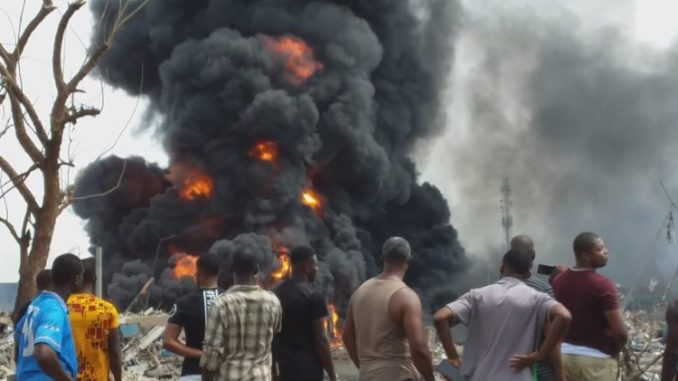 There was pandemonium at Izombe market in Oguta local government area of Imo state, Monday, as gunmen believed to be enforcing sit-at-home protest detonated a bomb in the densely populated market, forcing both traders and buyers to scamper for safety.

According to an eyewitness who spoke to our Reporter, “The gunmen had some days ago, stormed the market to warn traders to stop opening for businesses on Mondays, a warning they defied.

“This made the gunmen to come to the market on Monday and set some vehicles ablaze. As the vehicles went up in flames, people in the market sensed danger and made efforts to save their lives. They later threw a local bomb in the market.”

It was gathered that the bomb explosion led to many persons sustaining varying degrees of injury as traders and buyers scamperd for safety.

This is the second time an incident of this magnitude is happening in the oil rich community of Izombe.

Few months ago, some houses were allegedly set ablaze by soldiers who claimed that two of their colleagues were killed by the youth of the community over oil bunkering business.

However, as at the time of filing this report, the Imo Police Command’s Spokesman, CSP Mike Abattam, was yet to confirm the incident.