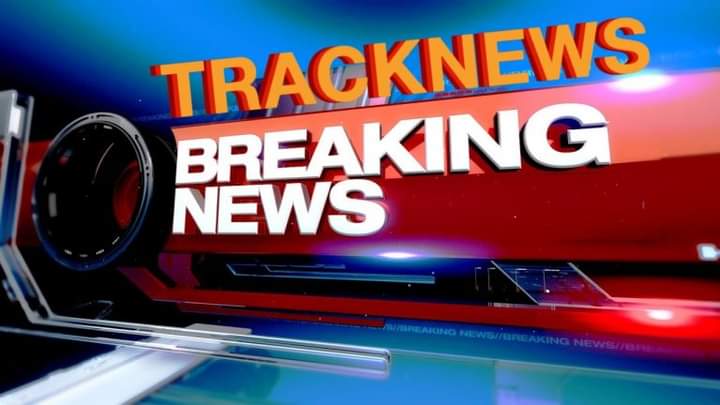 The Catholic Diocese of Enugu has barred all Catholic Faithful from attending services at Father Ejike Mbaka’s Adoration Ministry.

This is coming after the priest faced massive backlash for calling Ex-Anambra Governor and Presidential Candidate of the Labour Party, Peter Obi a ‘cursed’ and ‘Stingy’ man.

In a letter made available to Tracknews, the Bishop of Enugu, Father Callistus Onaga disclosed that he took the decision due to Mbaka’s continuous violation of ‘Fraternal corrections’. The statement read in full;

“In the light of the happenings in the Catholic Adoration Ministry Chaplaincy Enugu capable of undermining the Catholic faith and teachings; and after several fraternal corrections and admonitions to Fr. Camillus Ejike Mbaka, the Chaplain of the Ministry Chaplaincy, which he persistently violated; and in the fulfillment of my pastoral duties as the Chief Shepherd with the obligation to promote and safeguard the Catholic faith and morals in Enugu Diocese, I hereby prohibit all Catholics (clergy, religious and lay faithful) henceforth from attending all religious and liturgical activities of the Catholic Adoration Ministry until the due canonical process initiated by the Diocese is concluded.”

“I enjoin all the Christian faithful to keep praying for Fr. Mbaka and the Catholic Diocese of Enugu as I entrust him and the Diocese to the maternal care and protection of the blessed Virgin Mary, Queen of the Apostles.” 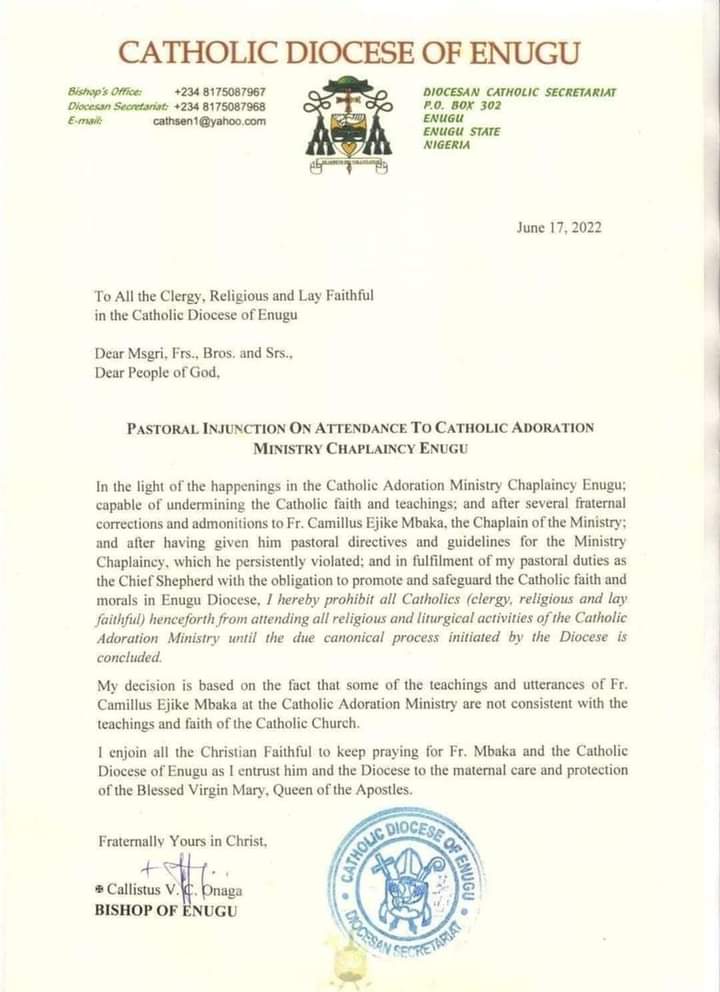