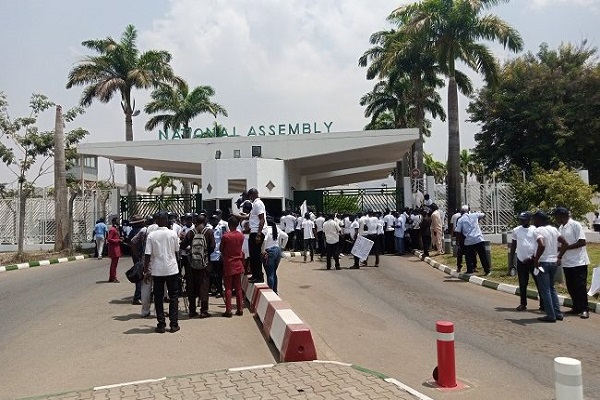 The Parliamentary Staff Association of Nigeria (PASAN) of the National Assembly has suspended its strike.

The workers embarked on an indefinite strike since penultimate Monday to press home demands for payment of some allowances.

Addressing the workers at the entrance of the National Assembly on Tuesday, the PASAN Chairman, Sunday Sabiyi, said they agreed to suspend the strike following some agreements reached with the leadership of the Senate.

The workers however threatened to resume the industrial action if agreements reached were not implemented by the end of July.

Related Topics:BREAKING: NASS workers suspend strike after one week
Up Next