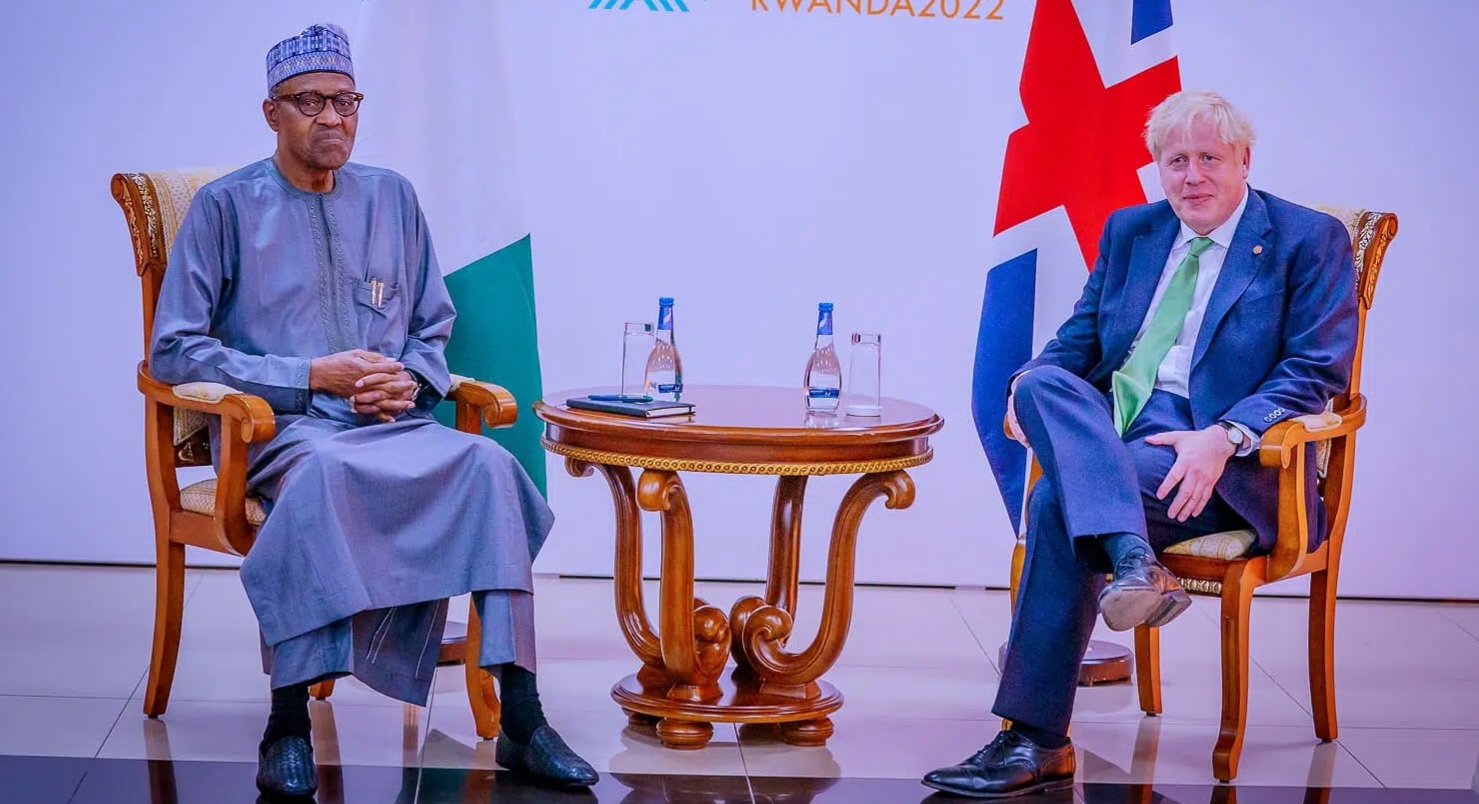 President Muhammadu Buhari has declared he is not interested in seeking a third term in office as the country’s leader.

TrackNews Nigeria reports President Buhari made his position known on Thursday during a bilateral meeting with the Prime Minister of Great Britain, Boris Johnson on the sidelines of the 26th Commonwealth Heads of Government Meeting (CHOGM) in Kigali, Rwanda.

During the meeting, Johnson had asked Buhari categorically if he would be seeking another term in office as the President of Nigeria.

Responding, the Nigerian President declared that he is not interested.

He went on to reference the failed ambition of former President Olusegun Obasanjo to run for a third term in office.

“Another term for me? No! The first person who tried it didn’t end very well,” the special adviser to President Buhari on Media and Publicity, Femi Adesina, quoted him to have said at the meeting.

Related Topics:BREAKING NEWS: President Buhari Tells UK Prime Minister His Position On Contesting For A Third Term
Up Next