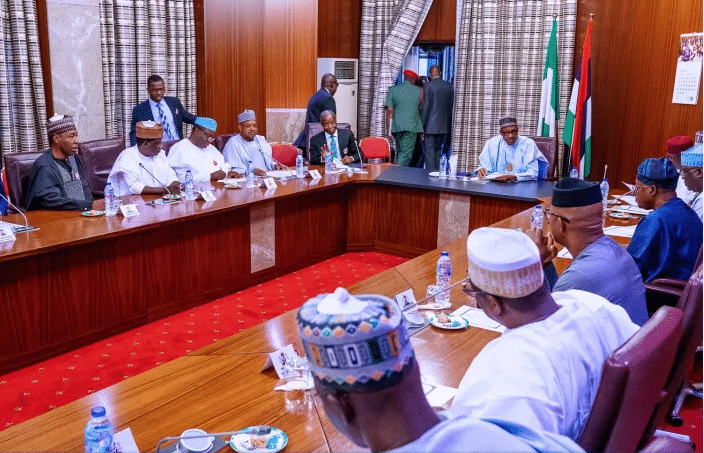 President Muhammadu Buhari has reportedly directed the Governors elected on the platform of the All Progressives Congress (APC) to reduce the names of presidential aspirants to three.

Tracknews reports that President Buhari is expected to select a consensus candidate from the list of names submitted to him.

Recall that the APC governors had earlier submitted the names of five presidential aspirants to the President ahead of the party’s presidential primary slated for today (Tuesday).

It was learned that the Progressives Governors Forum submitted the five names to the President in the early hours of Tuesday.

However, according to Imran Muhammad, an APC stalwart, the President directed the governors to reduce the names of the aspirants from five to two or three names.

In a tweet via his Twitter page on Tuesday morning, Muhammad said the President’s reason for the reduction was that the contest would be a straight one between three hopefuls.

The APC member said the APC governors are billed to meet again this morning to wrap up their consultations, reduce the names to three and also issue a statement to that effect.

The ruling party would hope to pick a presidential candidate that can compete with the candidate of the Peoples Democratic Party, Atiku Abubakar, Labour Party Candidate, Peter Obi and others.

Related Topics:Buhari Directs APC Govs To Reduce Names Of Presidential Aspirants To Three
Up Next