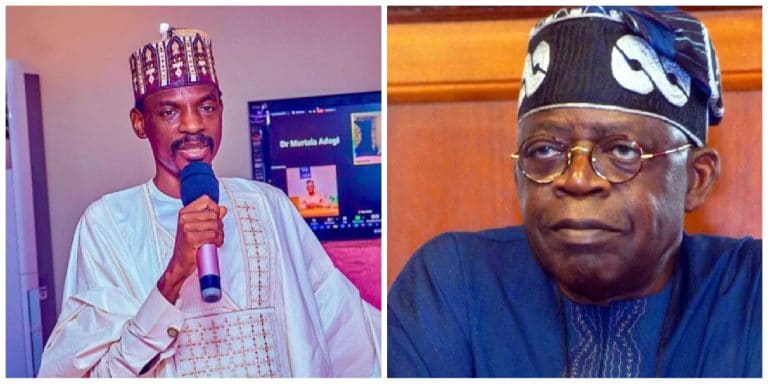 Tinubu who won the All Progressives Congress (APC) presidential ticket for the 2023 general elections is currently puzzled about who and where to pick his running mate from, Tracknews understands.

There are assertions that the ruling party’s national leader may end up with a Muslim-Muslim ticket for the 2023 polls. The move, however, has received disapproval from many Nigerians including party stakeholders.

Reacting, however, on Saturday through his verified Twitter page, Ahmad just lost a contest for member House of Representatives for Gaya/Ajingi/Albasu constituency of Kano state, charged Tinubu to consider competency in choosing his running mate.

Ahmad insists that Tinubu should choose only a deputy that will help him achieve his great plans for the country, noting that it will not matter to the majority of Nigerians which religion or tribe the running is from, Tracknews reports.

He tweeted: “Dear Asiwaju, what matters the most is the competency of the person you are going to choose as your deputy, if he/she is a Nigerian with the capacity to help you achieve your great plans for this country, I am sure majority won’t bother whether he/she is a Christian or Muslim.”

Meanwhile, the Christian Association of Nigeria (CAN) has warned major political parties in the country against fielding Christian/Christian or Muslim/Muslim presidential tickets in 2023.

Tracknews reports that the Christian association made this known on Friday in a statement by its National Secretary, Joseph Bade Daramola.

The two major political parties (the All Progressives Congress (APC) and the Peoples Democratic Party (PDP)) have produced Bola Tinubu and Atiku Abubakar respectively as their presidential candidates. Both of them are Muslims.

With Atiku searching for a souther Christian to balance his ticket, reports emerged on Friday that the APC is looking to pair Tinubu with a strong Muslim northerner ahead of the 2023 election.

CAN has described moves to field candidates of the same faith as a threat to the fragile peace and unity of Nigeria.

The group congratulated the presidential candidates of the APC, the PDP, and the Labour Party (LP), including other parties that are participating in the forthcoming Presidential election.

CAN urged that a balance of both religious practitioners be considered in the choice of running mates of the presidential candidates.