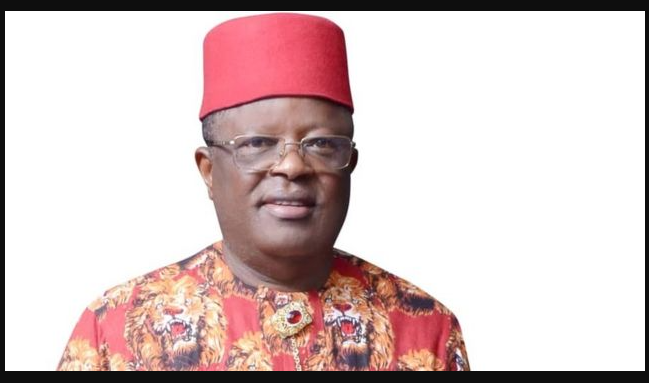 An All Progressives Congress, APC, presidential aspirant, Dave Umahi, on Monday, said a consensus candidate presidential candidate may emerge within the next 12 to 24 hours.

Umahi said the candidate will emerge in a very peaceful way.

“Well, I see within the next 12 hours and 24 hours that God manifested himself and a consensus candidate emerged in a very peaceful process and the process that is acceptable to all the aspirants or at least, most of the aspirants.

On Saturday, 11 Northern governors urged President Muhammadu Buhari to consider a Southerner as his successor.

But, reports emerged that Buhari had backed the Senate President, Ahmad Lawan as his preferred choice to emerge as APC presidential candidate.

However, APC governors dismissed such claims, stressing that Buhari has no preferred candidate.

They disclosed this after a meeting with the president on Monday.

Related Topics:Consensus Presidential Candidate May Emerge Within Next 12 To 24 Hours – Governor Umahi Reveals
Up Next