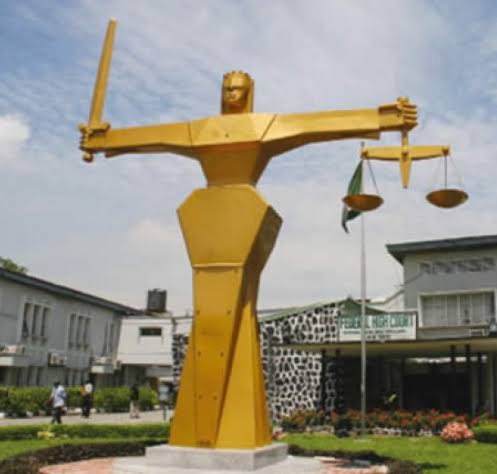 The Federal High Court in Abuja has declared that the indictment of the two former Governors of Bauchi State – Isa Yuguda and Mohammed Abubakar respectively – as null and void over the alleged misappropriation of assets and funds audited to be about N321.5billion.

Justice Inyang Ekwo commented that the Assets and Funds Recovery Committee, set up by Governor Bala Mohammed to probe his two predecessors does not follow the lane of law and proceeded to stop the state from acting on the committee’s report to prosecute Yuguda and Abubakar.

The declarations was in a judgment on Wednesday on a suit marked: FHC/ABJ/CS/460/2020 filed by Abubakar and Yuguda, Track News Nigeria has gathered.

A claim by the two governors has that not only was the committee set up by the current governor under a repealed law, it was taken to soil their high repute.

It is argued before the learned lord that the committee sat and conducted its activities without hearing from them, thereby denying the right to fair hearing, as stipulated in Section 36(1) of the Constitution.

The plaintiffs put it to the court that the Bauchi State Public Property and Funds Recovery Tribunal Law (2017) under which the committee was set up, has since been repealed by the state’s House of Assembly.

They stated that the committee, in its report, allegedly indicted them “of sundry forms of spurious financial fraud, public breach of trust, misuse and embezzlement of public funds of Bauchi State.

“Among the several spurious and false allegations levelled against the plaintiffs by the committee is that their administrations as governors of Bauchi State, wasted a staggering sum of N321,460,759,880.34 purportedly being the statutory allocations to. Bauchi State between May 2015 till May 2019,” the plaintiff added.

The judge noted that despite being invited to submit the executive instrument with which it constituted the committee, the Bauchi State Attorney General did not the honour the subpoena and also did not tender any instrument upon which the state acted.

Justice Ekwo said: “Without evidence of the executive instrument or order of the 5th defendant (Bauchi State Government) which established the said committee, it means that the 5th defendant has not effectively controverted the assertion of the plaintiffs.

“Furthermore, since the executive instrument is in the possession of the 5th defendant and it failed or refused to produce it in either their counter affidavit or further counter-affidavit, it in my opinion means that it is being withheld by the 5th defendant.

“In our legal system, parties are to present their case comprehensively by stating the facts and evidence wholly respective of whether such fact or evidence is against his interest.

“My conclusion on this is that the 5th defendant has admitted the case of the plaintiffs by not controverting same with credible evidence.

“Therefore, the recommendation of the committee of the 5th defendant, which means of establishment has been discredited by the plaintiffs, cannot be allowed to stand and I so hold,” he added.

The judge proceeded to state that the government of Bauchi State and security personnels involved in the case, lacked the “power or authority to initiate or cause to be instituted any investigation against the plaintiffs or their past administrations as governors of Bauchi State or prosecute/arraign” them in court standing on the committee’s report, when they were neither heard nor given a chance to be heard by the committee.

The presiding justice ordered that the entire proceedings and the purported report of the committee as unconstitutional, null and viod on the grounds that it violated plaintiffs’ right to fair hearing hearing.

He issued an order of perpetual injunction restraining Bauchi government and other defendants in the case “from initiating or causing to be initiated, and investigation, inquiry against the plaintiffs or their past administrations as governors of Bauchi Slate or prosecuting/arraigning them” on the basis of the committee’s report.

Track News learnt that some defendants like the Department of State Services (DSS), the Nigeria Police Force (NPF), the Independent Corrupt Practices and other related offences Commission (ICPC) and the Economic and Financial Crimes Commission (EFCC)‎ are present in the case.

Related Topics:Court Says Bauchi's Indictment Against Two Governors Is Void
Up Next