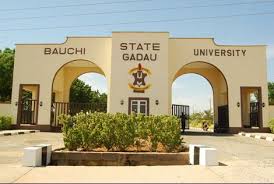 The executive council of the Academic Staff Union of Universities (ASUU), Bauchi State University, Gadau chapter has been dissolved after extending their tenure following its expiration by the National Industrial Court with seat in Gombe State.

TrackNews Nigeria learnt that Dr Ibrahim Danjuma, a Lecturer of the University, had instituted the suit, marked NICN/Bau/05/2022, challenging the respondents for handling electoral process of BASUG chapter of the union with triviality; continued stay in office of leaders of the chapter as well as jettisoning of their mandate to organize an election for the chapter as assigned in congress.

In its judgment, delivered on Thursday, 16th June, 2022, the court ordered the Dr Yahaya-led executive council to leave office on or before 16th August, 2022.

The trial judge, Justice Mustapha Tijjani, told the electoral committee to start with the process of electing a new set of leaders for the union.

The judge then cautioned that the national leadership of ASUU against interrupting with the electoral process of the union at the university.

Strike: VCs beg Buhari to takeover negotiation with ASUU, others