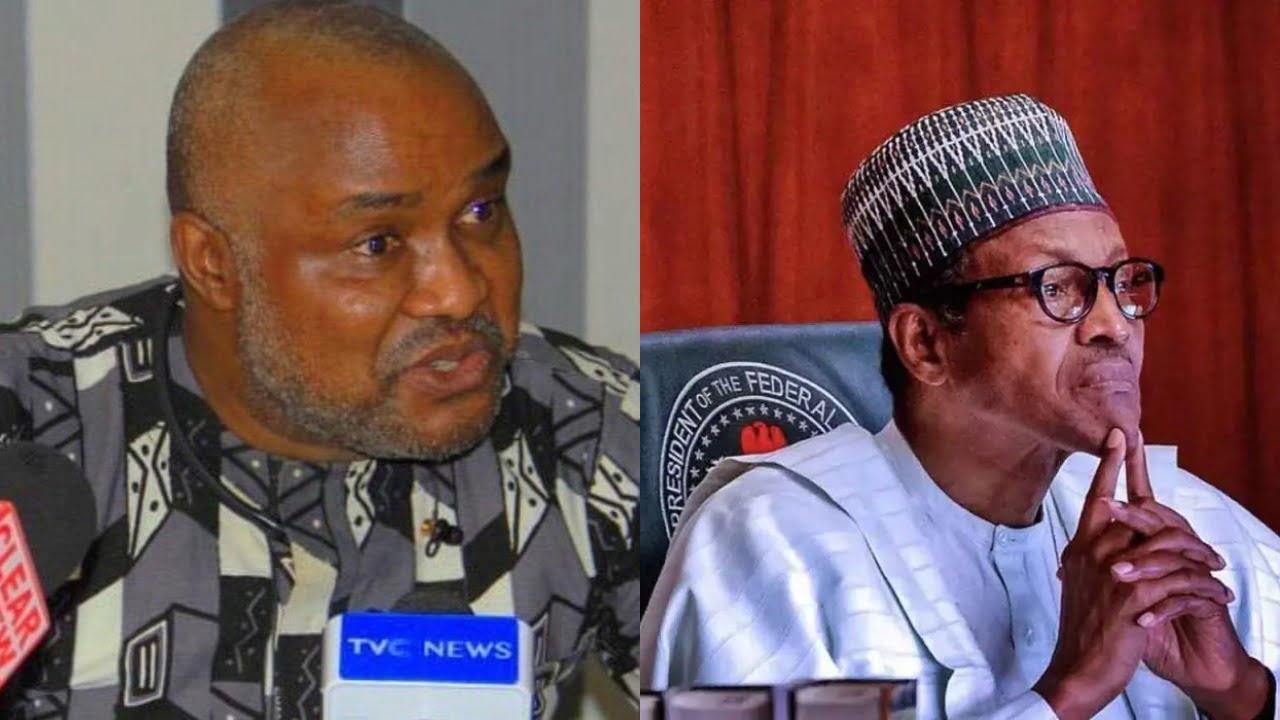 Human Rights Writers Association of Nigeria (HURIWA), on Sunday, said there is nothing to celebrate under the government of President, Muhammadu Buhari.

HURIWA, in a statement by its National Coordinator, Comrade Emmanuel Onwubiko, said Nigerians have nothing to celebrate with 1$ which now exchanges for N600 at the parallel market, with 28 Nigerians killed daily by ferocious bandits, with 23 million unemployed people, with diesel price per litre at over N500, staggering petrol price reaching N200 per litre, and soaring cooking gas at over 300 percent, among others.

The group said the report card of Buhari in the last one year was nothing to write home about.

It stated this while reacting to events lined up for the celebration of this year’s Democracy Day on June 12 and the declaration of a public holiday on June 13 by the Federal Government.

The Buhari regime had in 2018 declared the 12th of June every year as Democracy Day, in honour of the late presumed winner of the annulled June 12, 1993 election, Moshood Abiola.

But HURIWA said the actions, inactions and socio-economic realities of the Buhari regime in the last one year and in the last seven years do not represent democratic values and dividends.

The group said that economically, Nigerians have not gained any dividend of democracy despite being in the 23rd year of unbroken practice of democracy since May 1999.

It said Nigeria was groping under 16.82 percent inflation rate, which had eroded the value of the naira, with the minimum wage as paltry as N30,000 per month.

Today, he said, cost of living had shot up and the poor are now poorer and infrastructural projects are collapsing rapidly.

HURIWA said Nigeria’s unemployment rate continued to rise under Buhari and now at 33.3 percent, according to statistics by the National Bureau of Statistics, translating to 23.19 million unemployed people.

HURIWA’s Onwubiko said, “Also, Nigerians do not feel the dividend of democracy in terms of the security of their lives and property. In a report released by a socioeconomic research firm, SBM Intelligence, 10,366 persons were reportedly killed in Nigeria in 2021 in attacks by Boko Haram, killer herdsmen, kidnappers and bloodthirsty terrorists, making it over 28 Nigerians killed daily, a figure that surpasses the number of civilians reportedly killed in the first month of Russia-Ukraine war.

“Between last year’s June 12 Day Celebrations and today, Buhari has committed some of the most unbelievable human rights violations internationally with the mid night Gestapo raid on the residence of Yoruba Nation activist, Sunday Adeyemo aka Sunday Igboho on July 1, 2021, killing two of his aides and imprisoning 12 others for months before their release without any charge.

“Also, in June last year, the Buhari regime which has failed to arrest killer herdsmen and terrorists in Nigeria fled to Kenya and abducted leader of the Indigenous People of Biafra, Nnamdi Kanu, brought him back to Nigeria against his wish, incarcerated him in the custody of the Department of States Services and have subjected him to unspeakable and reprehensible torture and humiliation which the government-controlled court has refused to do nothing about.

“The Rule of Law has not improved substantially. Impunity reigns!

“The President has also refused to sign the Electoral Act Amendment Bill while playing to the gallery that he is a champion of democracy. The President’s party, the All Progressives Congress, at its dollar-dominated primaries showed flagrantly that corruption now controls our democracy. Voter apathy continue to affect every election due to lack of electoral credibility and imposition of ‘anointed’ candidates. How sad!

“In the last one year, the Buhari regime clamped down on free speech which is a cardinal part of democratic tenets, Microblogging platform, Twitter, was banned by the Buhari regime for over seven months between June 5, 2021 and January 13, 2022 after about N546.5 billion economic loss. The reason for the ban is as autocratic and despotic as the regime.

“In a bid to silence media autonomy, the suppressive regime of Buhari slammed illogical and unjustifiable fines on several broadcast stations including Channels Television, African Independent Television, Arise Television, Nigeria Info, amongst others for trumped up charge of ‘hate speech’ simply doing their job as the voice of the voiceless and the window through which the rotten innards of Nigeria are aired and exposed to the international community.

“Police brutality and extrajudicial killings by security agencies including the Nigerian Army and the secret police has not reduced one bit; the madness continues, unabated but buoyed by the power-drunk and despotic regime of Buhari and his look-alike foot soldiers. What of the general state of compromise by military as alluded to by General Theophilus Danjuma and tolerance of Fulani terrorists?

“No social equity, which is another core tenet of democracy as the Buhari regime continues to champion the injustice and unequitable distribution of resources as seen in lopsided appointments given to one ethnic stock and folks from one religion and others treated as second-class citizens in their own Fatherland.

“Are these what the President wants Nigerians to celebrate by declaring a holiday to mark this year’s Democracy Day on June 12 which will be observed on Monday?

“The report card of the Buhari regime for this year’s Democracy Day is apparently not looking good at all. The least the President can do as his tenure winds down is to stem the despicable tide and at least reverse things to how he met it in 2015 when he assumed office. Nigerians are not begging for any improvement; they only need one thing: reverse the socio-economic woos to status quo, to the 2015 days at least. That is not too much to ask for, at least.”

Related Topics:Democracy Day: Absolutely nothing to celebrate – HURIWA slams Buhari
Up Next

2023: PDP may not win any seat in Zamfara, no political structure – Jibiril