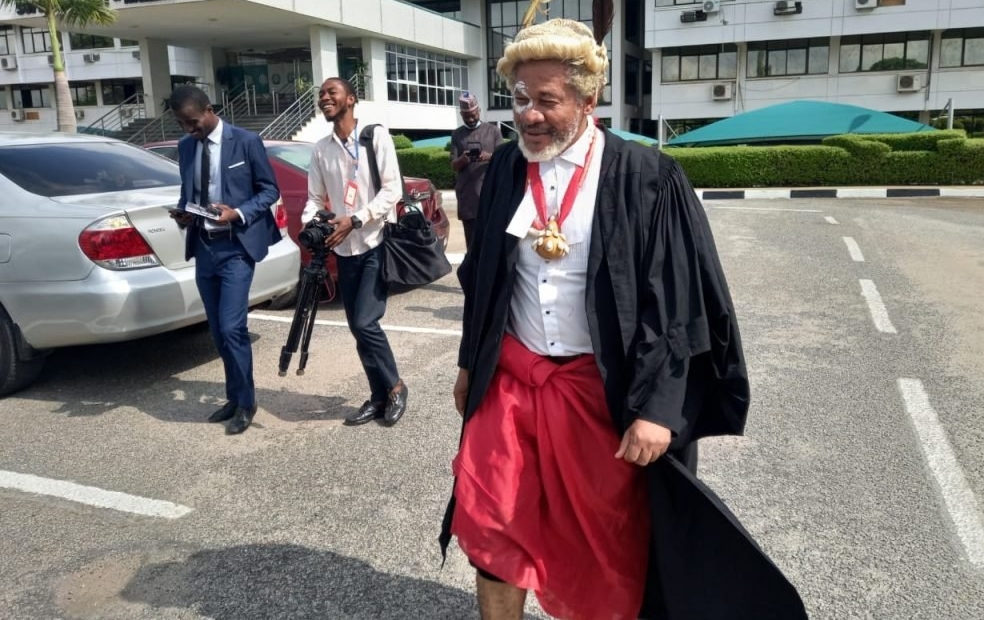 There was mild drama at the Supreme Court, Abuja, on Thursday as a Lagos-based human rights lawyer, Malcom Omoirhobo caused a stir in the courtroom when he appeared in the full traditional attire of an “Olokun priest” to attend court proceedings.

The lawyer said he dressed to court in that manner to exercise his fundamental human rights following the judgment of the Supreme Court that allowed all Nigerians to express their way of worship and the use of hijab in schools and public places.

It would be recalled that the Supreme Court had on Friday given approval to female Muslim students to wear hijab to school in Lagos State.

Five out of the seven members of the court’s panel which sat on the case ruled in favour of hijab while the two remaining members dissented.