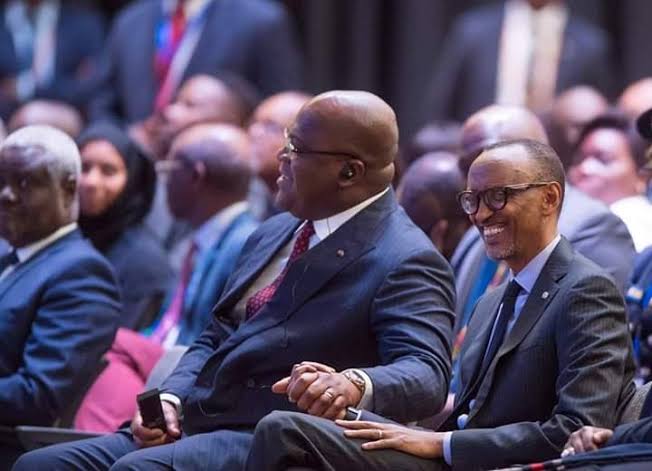 Leaders of the member-nations of the East African Community have called for an end to the current feud between the Democratic Republic of Congo and Rwanda.

Kenyan President, Uhuru Kenyatta led proceedings at the meeting hosted in Nairobi. He was joined by Uganda’s Yoweri Museveni, Samiat Suluhu Hassan of Tanzania, Paul Kagame, Felix Tsishekedi and others.

The meeting also had the Tanzanian High Commissioner to Kenya in attendance.

The leaders pleaded with the Rwandan and Congolese leaders to sheathe their swords and allow normalcy return to their respective countries.

An agreement to establish a regional force was also reached, as they hope to bring an end to the rising tension in the region, leading to the current fracas between Kinshasa and Kigali.

“The heads of state instructed that the regional force should, in cooperation with the military and administrative forces of the DRC, seek to stabilise and secure the peace in the DRC,” a statement by the Kenyan presidency said.

The DRC has been battling M23 rebels in the Eastern part of the country and has accused Rwanda of backing the rebels, an allegation Kigali has denied.

Both nations have a history of disagreements but usually come to settle their issues.

Related Topics:East African Leaders Call For Ceasefire Between DRC and Rwanda
Up Next