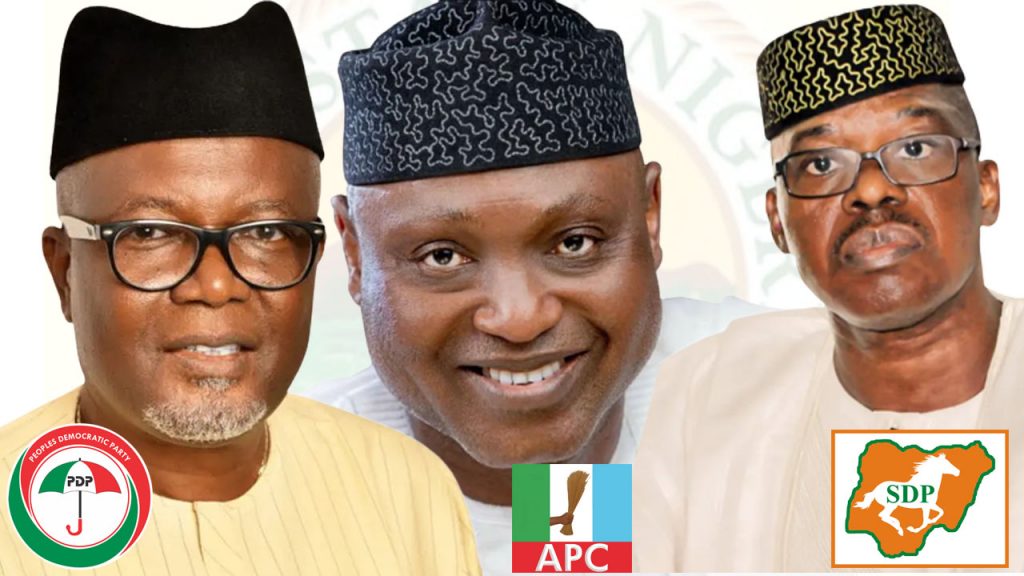 Segun Oni is bearing the flag of the SDP, Olabisi Kolawole is the candidate of the PDP, while the ruling APC has Biodun Oyebanji as its candidate.

Although the election has been seen as a three-horse race, other political parties such as the Young Progressives Party (YPP) with its candidate, Ranti Ajayi; African Democratic Congress (ADC), represented by Oluwole Oluyede; and the Action Democratic Party ADP, with Kemi Elebute Halle, cannot be regarded as pushovers.

All mentioned six governorship candidates are in the race to succeed Governor Kayode Fayemi of Ekiti State and came had battled it out in a debate held in Ado-Ekiti last Saturday where they made their plans and policies known to the people of the state.

Oni promised to focus his attention on job creation, saying that over 100,000 jobs would be created in his first year in office, while Ajayi, on his part, emphasized wealth creation.

Elebute-Halle, the sole female candidate in the race, said she will prioritise security if elected governor of the state while Kolawole of the PDP said he has always been an independent-minded person, following allegations that he is Ayodele Fayose’s aide.

For ADC’s Oluyede, he is in the contest to correct many wrongs in the state, while Oyebanji of the APC said his experience both as the immediate past secretary to the state government and former commissioner for budget and economic planning will help him achieve speedy success if elected governor.

Follow this thread for updates and results of the Ekiti State governorship election.