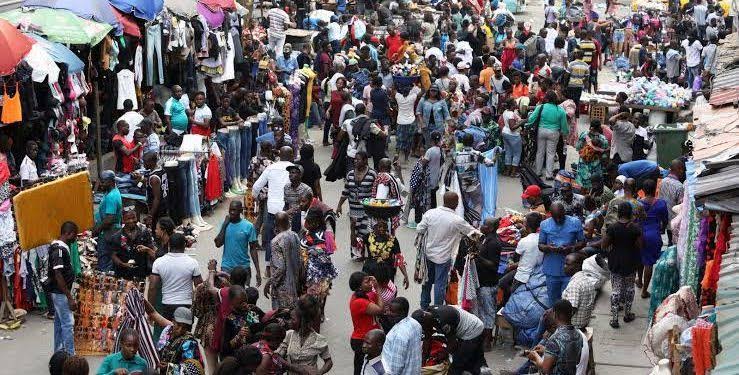 Ahead of Saturday’s governorship election of Ekiti State, residents are now making a last-minute rush to stock up vital food items in their homes.

The rush has led to heavy traffic along the major axis of the state capital, Ado Ekiti.

Also, motorists, particularly, commercial motorcyclists, have inflated their fares by at least 100 per cent as a result of the rush.

Other officers, especially, armed soldiers were observed carrying out “a stop and search” on the travelers, entering the state.

Our reporter observed how traders were making brisk sales as residents prepared for the election.

Residents were seen thronging markets at Old Garage, Ejigbo, Irona, and Oba’s market, all in Ado Ekiti to stock their homes with foodstuff despite heavy downpour.

The residents, who defiled the evening rain said they were not leaving anything to chance.

“I have to rush down here to get food items to my home. I know there would be restrictions and I can’t wait,” said Ajoke Adekunle.

At Oba’s market, close to the popular Post Office area, Deborah Eze, who sells cassava flour, said she had already made good sales.

“I have called my daughter to join me here. I have sold double of what I sell here in a day. Honestly, I’m happy and would still come here tomorrow.”

With the rush, long queues are gradually being experienced at some of the ATM points in the banks visited.

The filling stations are not also left out, as vehicle owners are already filling up their cars with fuel.

Some of the drivers, who would be voting, were heard discussing the likely outcomes of the governorship election.

One of them, Yomi Adelaide, told The Gazette that he would be mobilising his family to vote on Saturday.

Mr Adelaide said he observed there is so much desperation among the leading contenders.

He added, “But we just pray the people will would prevail on Saturday as we are ready to exercise our right in the election.”

“The security deployment for this election is just too much. Are we going for a war,” Adelaide queried.

A commercial motorcyclist, who simply identified himself as Ibrahim, told The Gazette that the election “might be a tough one” considering the gladiators involved in the poll.

“You know say na we dey dis town. So, I no wetin I dey talk”, he added in Pidgin English.

The Ekiti State Government is expected to announce the restriction of movement for the weekend exercise, any time soon.

Already, today (Thursday) is the last day for campaigns by the political parties.

The major political parties have rounded off their last campaign in the state, aside from the PDP.

It is not yet clear why the opposition party did not carry out a final campaign for the exercise.

Meanwhile, the Independent National Electoral Commission has begun the distribution of sensitive materials for the poll.

Adeniran Tela, the Residents Electoral Commissioner (REC) in the state, supervised the distribution, on Thursday.

Mr Tela said that the sensitive materials are to be kept in INEC area offices before they would be redistributed to Registration Area Centres.

The distribution was carried out, in the presence of party agents, civil society organisations (CSOs), security agents, and the media.

However, the collection of the PVCs, which continue in all the 16 Local Government Area Offices of the electoral body, ends today.

Sixteen political parties are participating in the Ekiti governorship election on Saturday.

Related Topics:Ekiti residents begin last-minute outing ahead of Saturday’s guber election
Up Next