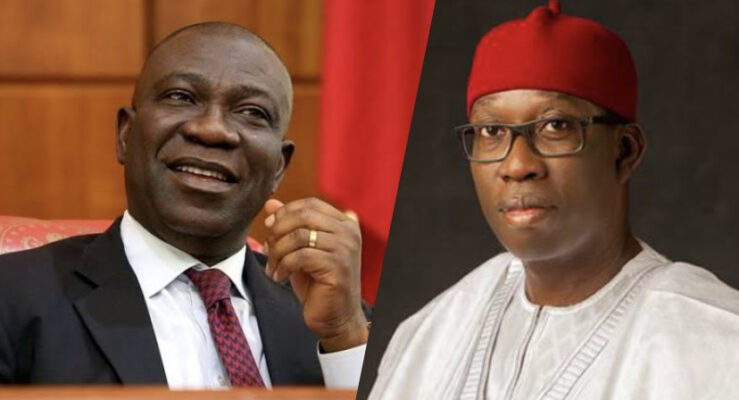 Former Deputy President of the Senate, Ike Ekweremadu, has congratulated Governor Ifeanyi Okowa of Delta, on his nomination as the Vice Presidential candidate of the Peoples Democratic Party (PDP) in the 2023 presidential election.

Mr Ekweremadu, in a statement by his Media Adviser, Uche Anichukwu, on Thursday described Okowa as highly resourceful and prepared for the office of the Vice President.

He commended the party and its presidential candidate, Alhaji Atiku Abubakar, for the decision and called on all party leaders and faithful to go to work to ensure the success of the ticket at the presidential polls.

“I join our party leaders, party faithful, and supporters in congratulating my brother and friend, Senator Ifeanyi Okowa, on his emergence as the Vice Presidential candidate of our great party, the PDP.

“This is a sound choice by our presidential flag bearer, Alhaji Atiku Abubakar, and our party.

“No doubt, Okowa brings immense electoral value to the PDP ticket. He is highly resourceful and he is prepared for the Office of the VP.

“I urge every party leader and member to now go to work to ensure the success of the ticket at the 2023 polls,” he said.