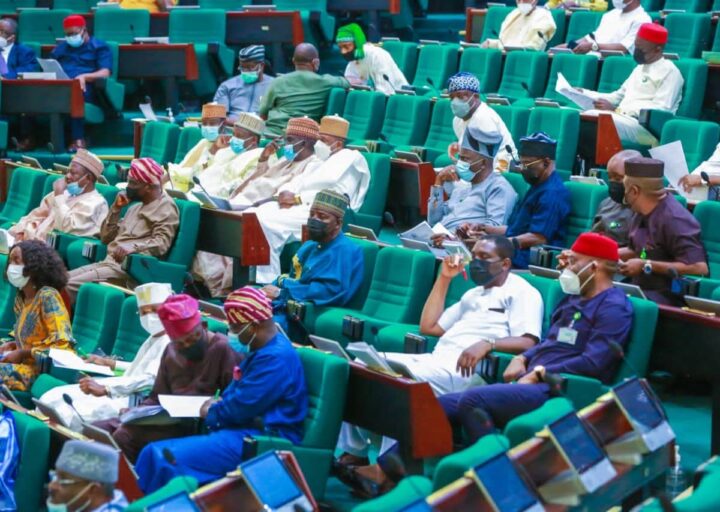 The house of representatives has stepped down a motion seeking to override President Muhammadu Buhari following his refusal to assent to the amended Electoral Act, 2022.

At the plenary session on Tuesday, Idris Wase, deputy speaker of the house, asked Ben Igbakpa, a lawmaker from Delta, to withdraw the motion because he didn’t “follow the normal procedure”.

Last Wednesday, Igbakpa had asked the lower legislative chamber to veto the president over his reluctance to sign the amended bill, but Femi Gbajabiamila, speaker of the house, told him to reintroduce his point of order by motion.

While moving the motion on Tuesday, Igbakpa asked his colleagues to “invoke section 58(5) of the section the 1999 constitution” to pass the bill.

The aforementioned section empowers the national assembly — with two-third majority votes— to veto the president if he declines assent to a bill.

“The actions or inactions of the president to perform his constitutional duty is an affront to Section 4 of the constitution of the Federal Republic of Nigeria, 1999 which empowers the national assembly to make laws for the peace, order and good government of the federation or any part thereof,” he said.

“The continued inaction of the president in either assenting or vetoing the bill has left a lacuna in Nigeria’s constitutional democracy which portends danger to the 2023 electoral process and other subsequent staggered elections of some states thus, leaving the congress of political parties in the hands of ad-hoc delegates to the detriment of statutory delegates.”

After presenting his motion, Wase, who presided over the plenary, said Igbakpa made a procedural error and that the house can’t override the president through a motion.

“You don’t come with a motion to override a bill. What you are supposed to do is to ask [for] the rules,” Wase said.

“If you are interested, write to the speaker seeking for that to happen then we go through the normal procedure as enshrined in our standing order. We wish to kindly beg you to step down your motion because that is not the right procedure. Liaise with the chairman of house rules to do the needful.”

In his response, Igbakpa said he was advised by Gbajabiamila to bring a motion to that effect.

“On Wednesday I came under a constitutional order and the speaker directed what I am doing. It means there is a miscommunication somewhere,” he said.

“I am not doing it because it is against anybody. It is a constitutional order. It is a rule of law and I think it is why we are here.”

In response, Wase said: “My guide is that the procedure followed is not the right procedure. For you to override any bill, you need two-thirds of the members. Not members sitting but two-thirds of members of the national assembly.”

Igbakpa thereafter stepped down the motion after which Wase hit the gavel.

The national assembly had passed a bill seeking to enable statutory delegates to vote at party conventions and congresses.

The bill was subsequently transmitted to Buhari for assent on May 13.

But Buhari refused to assent to the bill, compelling political parties to use only elected delegates in the primaries. In a political party, statutory delegates form a major part of the people that vote at the party’s convention and congresses