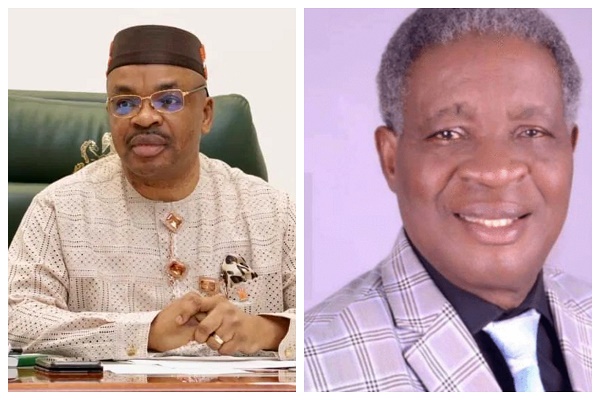 He was released by the hoodlums after an undisclosed amount of money was allegedly paid as ransom.

The governorship candidate of the People’s Democratic Party(PDP) in the 2023 election, Pastor Umo Eno, represented Governor at the thanksgiving service at the Ibom Hall Grounds, Uyo.

Emmanuel reiterated the commitment of his administration in ensuring peace and security of lives and property across the State.

He said that the government has invested a lot of resources in the area of security which according to him, has also yielded appreciable results.

Emmanuel stated despite the challenging security situation in most parts of the country, Akwa Ibom has enjoyed a high level of peace and security.

He emphasized that Akwa Ibom remains one of the most peaceful States adding that most investors have found Akwa Ibom as their preferred destination on account of this important achievement.

The Governor maintained that government is not oblivious of pockets of criminal activities in some parts of the state, but reassured everyone that his administration will continue to double its effort to ensure that Akwa Ibom remains a destination of choice.

He thanked God for sparing the life of Apostle Okoriko and sparing the State from mourning one of its prominent sons.

Related Topics:Emmanuel celebrates cleric’s release from kidnappers den
Up Next