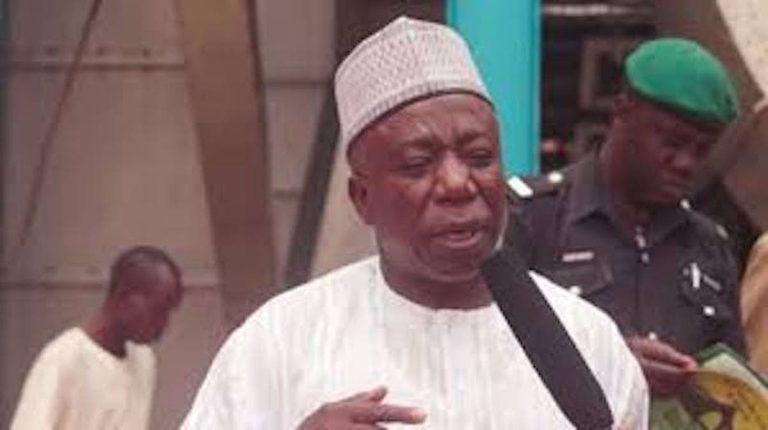 A former Governor of Kebbi State, Senator Adamu Aliero, had dumped the ruling All Progressives Congress (APC) for the Peoples Democratic Party (PDP).

Tracknews reports that Aliero, a former Minister of the Federal Capital Territory (FCT), announced his defection on Thursday in Birnin Kebbi, the Kebbi State capital.

Aliero said his decision to dump the ruling party was informed due to the injustice meted out to him and his supporters across the state.

The Senator said that the treatment of his supporters unjustly forced him out of the party to join the PDP despite his several efforts to resolve the issues.

Aliero asserted that some of the efforts made included complaining to the national headquarters of the party.

He, therefore, appealed to all his supporters in Kebbi Central Senatorial District as well as other loyalists across the state to vote for PDP to ensure its victory at all levels.

The lawmaker said: “I, Muhammadu Adamu Aliero, people of my constituency, that is Kebbi Central and my teeming supporters from across Kebbi State have resolved to defect from APC to PDP due to the injustices we endured in our former party, APC.

“Those in support of my political ideology were deceived and treated unjustly, hence the need for us to leave the party for another political party where we feel we shall be accommodated and treated justly.”