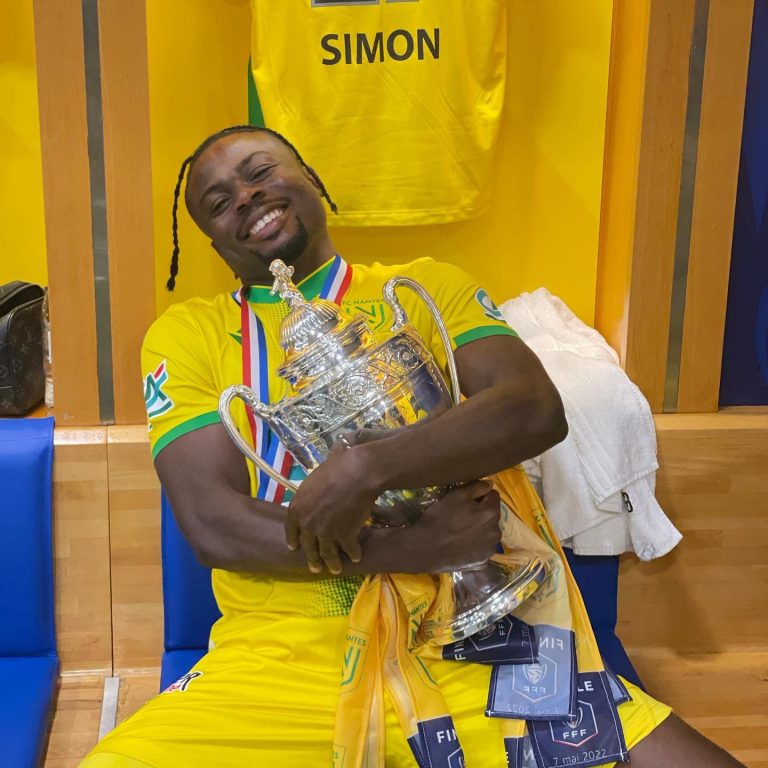 Hot in demand Super Eagles and Nantes of France winger Moses Simon is in talks with English Premier League side Brighton and Hove Albion over a summer move, OwnGoalNigeria.com can exclusively reveal.

Simon is a subject of interest from several clubs after picking up another ten plus goal contribution for the third season in a row in a team that is largely set out to defend. He scored six goals and provided eight assists in 30 Ligue 1 games last season.

Nantes turned down a bid of around €10m last summer but they are now open to the prospect of selling him for same amount as opposed to their asking price of €15m last summer.

The Nigerian who will turn 27 next month is however not keen on a move away with Nantes set to play in the Europa League next season. Nantes are however pushing for his sale with two years left on his deal.

Brighton and Hove Albion are for now the front runners ahead of several teams with preliminary talks already held with the player’s representative per what we exclusively gathered. A decision will be made if a fee that matches Nantes valuation is submitted by the English side.

Related Topics:Exclusive- Moses Simon In Transfer Talks With Brighton As Nantes Lowers Asking Price
Up Next

NFF Tired Of Maduka Okoye’s Antics, Could Be Barred From Playing For Super Eagles