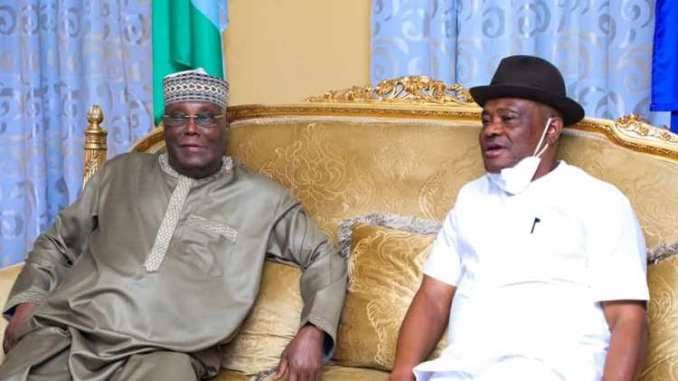 Wike was on his way to clinching the sole presidential ticket of the PDP but the game changed the moment one of the frontline contenders, Aminu Waizri Tambuwal pulled out of the race and urged his supporters to vote Atiku.

It was that singular act, many political observer said that defined the election as Wike lost out after polling 237 votes behind Atiku who garnered 371 votes.

Earlier, Wike had vowed to support anybody the party would pick as it flag bearer.

Although, it is almost 24 hours after the exercise, Wike is yet to either congratulate Atiku or reject the outcome of the election.

However, an insider told TrackNews that after the primaries yesterday, which was maned by former President of the Senate, David AB Mark, top members of the party had an all-night meeting and settled for Wike vice presidential candidate.

The source said about three persons were considered for the VP slot, but Wike was the favourite.

“Wike, Udom and Anyim were considered for the VP slot, but the majority went for Wike,” the source told TrackNews on Sunday.

This, he said is due to Wike’s financial muscle and his popularity in the south.

Some, members of the caucus believe that the VP slot should be zoned to southwest if APC eventually settles for Osinbajo or Tinubu.

“The last decision would be taken and made public after the APC primaries next week.
“I assure you that it is either Wike or someone from the southwest that would deputize Atiku,” the source added.