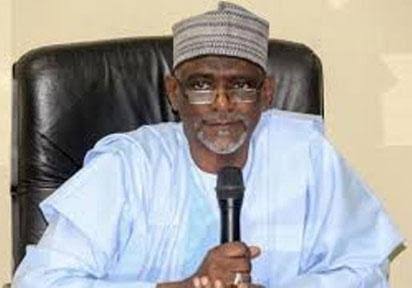 The Federal Government has released the result of the 2022 National Common Entrance Examination for admission into its unity colleges.

No fewer than 68,000 pupils from various schools across the country participated in the examination conducted by the National Examination Council (NECO).

Mr Adamu Adamu, the Minister of Education, announced the release of the result on Monday at a press briefing in Abuja, the nation’s capital.

Represented by the Permanent Secretary of the ministry, David Adejo, the minister revealed that the candidate with the highest score of 201 was Ajidagba Akanke.

Akanke, he explained, is an indigene of Sokoto State who sat for the examination at the Oshodi Junior Secondary School, Tolu Complex in the Apapa area of Lagos State.

While presenting a breakdown of the outcome of the examination, the minister stated that the ministry was working to ensure that all admissions were concluded by July 1.

Read the full text of the briefing below:

It is with immense gratitude to God, and a deep sense of pleasure that we have gathered here today to witness the formal release of the results of the Year 2022 National Common Entrance Examination (NCEE).

The National Common Entrance Examination (NCEE) is for admission into the first year of Junior Secondary School (JSS 1) of Federal Unity Colleges, administered to final year pupils of Primary schools.

The NCEE still remains one of, if not the most, competitive examinations into secondary schools in Nigeria, administered every year to Nigerian children both at home and abroad.

This year’s edition was written on Saturday 7th May 2022 in Nigeria, as well as Benin Republic and Togo. Major highlights of 2022 NCEE, I wish to bring to our attention include:

The state that registered the highest number of candidates is Lagos State with 19,518, out of which 18,787 sat and 731 were absent.

Anambra State came third with 5,335 candidates that registered, out of which 5,070 sat and 265 were absent.

The candidate that scored the highest marks is Ajidagba Mariam Akanke, an indigene of Sokoto State with registration number 542121DG. Her centre was Oshodi Junior Secondary School, Tolu Complex, Apapa, Lagos, and her score is 201.

The lowest score was 01 mark, and this was scored by fifteen candidates from various states.

The state that registered the least number of candidates is Kebbi State, with 74 candidates.

Gentlemen of the Press, the admission criteria for selection of qualified candidates into Federal Unity Colleges remain the same, these are:

Now that the results have been released, the Federal Ministry of Education would ensure that all admission processes are completed on or before Friday 1st July 2022.

Ladies and gentlemen, with these highlights I hereby announce the official release of 2022 National Common Entrance Examination (NCEE) results. Parents/Guardians are hereby enjoined to visit NECO website: www.neco.gov.ng for details of the results of their Children/Wards.

Thank you all for listening.

Court Says No To BASUG’s ASUU, Calls For New election