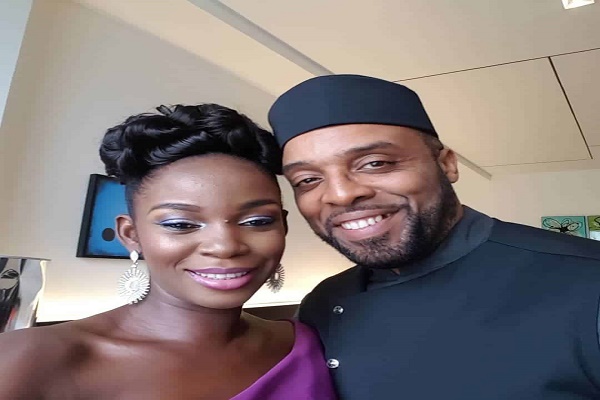 British-Nigerian actor and writer, Kalu Ikeagwu is seeking dissolution of his six- year-old marriage to Ijeoma Eze on the grounds that she denies him sex and access to his 10-year-old step daughter, and three-year-old son.

This case was in an Ikeja High court on Monday, 30th May. Their experience shows the harsh realities embedded in marriage, which many couples, especially weak ones won’t be able to fight through. Here are some reasons why the marriage of actors may not work:

Absence: People paint marriage to be a fairytale story, rushing into it without taking into consideration the hitches and the compatibility checks. This concept carries a lot of responsibility to take on because you’re no longer thinking for yourself alone but for a partner and likely children with whom you will share your burdens and laughs with. The major reason why their marriage is on the verge of collapse is because of his unstable presence to perform his role as a husband. As is obvious, absence seems to be the greatest problem for married actors.

Trust issues: This can arise from not seeing your spouse for a long time whilst knowing they are in the company of other people on the same set for weeks. Some roles given to actors can incite some suspicions in their partners especially if it is sex related.

Roles: The roles actors play in movies has an effect on them. They start exhibiting those traits even in their homes and this comes unconsciously at times. It is worse If the role affects them psychologically. Method acting has this to book because it takes some time for actors to come out of their roles. This can in many ways affect a marriage.

Lack of effective communication: Seeing as one party is always on set and has little time to catch up with the other, communication may slip. This may not be an immediate effect but in the long run, this will become a huge problem. Time spent away makes actors miss out on great experiences with their families, the stages of growth for the children, the family bonding and much more. Considering the nature of the job, they are never in the same place long enough as scene’s are taken in different locations, Inter-state even.

Star actor, Stanley Ebuka Nzediegwu and his wife Blessing Jessica Obasi are doing nice job of their marriage. Their YouTube channel programme “how we met” has good viewership where they share hilarious and cute content about moments in their marriage. He said in their 10 fun facts YouTube video, “what I cherish most about our relationship is the fact that we are very vulnerable with each other”. Their aggressive communication and YouTube time together is a good way of strengthening their relationship and enhancing effective communication

Related Topics:Four reasons marriages of actors may not work
Up Next

Why I’m never getting married, by Timaya