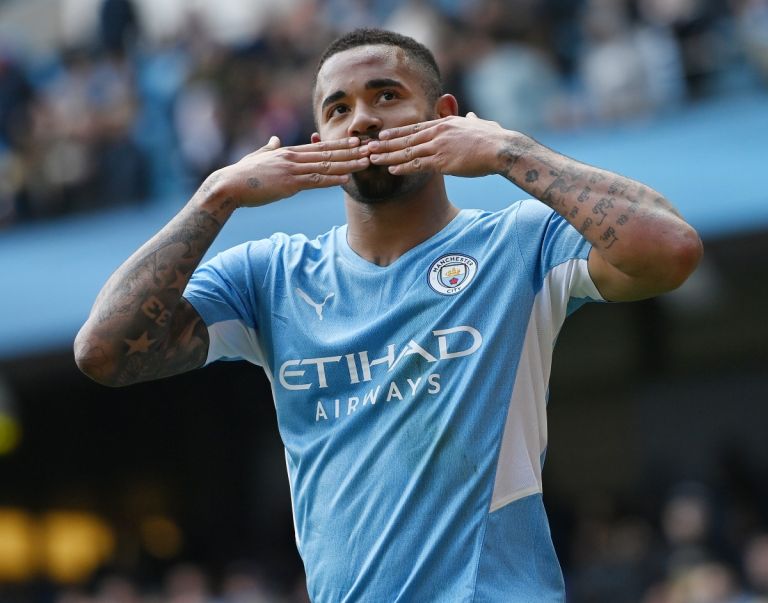 Gabriel Jesus has spoken out on his future at Manchester City amid interest from Arsenal.

The Brazilian forward has been heavily linked with a move away from the club, with Fabrizio Romano confirming to CaughtOffside that he will be leaving Manchester City this summer, and that Arsenal are interested in securing his signature.

Jesus has now spoken out about his future whilst on international duty with Brazil.

“I’m looking to see what’s best for me and above all, for my career. From Tuesday, we’ll see what is the best,” said Jesus, as relayed by Metro.

Tottenham consider transfer swoop for PL ace that offers clue about how Conte plans to use Perisic Jun 5 2022, 6:41 Arsenal ready to almost double star’s wages if he completes transfer, key talks planned in next few days Jun 5 2022, 6:29 Gabriel Jesus breaks silence on future amid Arsenal interest Jun 4 2022, 23:43 Jesus wasn’t giving too much away, but he has dropped a hint that there’s a chance he will leave the club in the coming weeks.

Arsenal will be desperate to sign a striker this window, with Alexandre Lacazette leaving the club on a free transfer. Jesus’ versatility could be useful in Mikel Arteta’s squad, as the striker was often utilised on the wing during his time at Manchester City.

Related Topics:Gabriel Jesus breaks silence on future amid Arsenal interest
Up Next