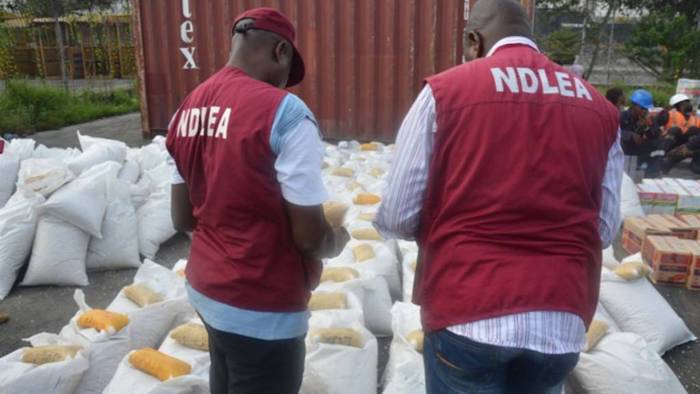 The State Commander, Mr Umar Adoro, made this known in an interview with the News Agency of Nigeria (NAN) on Wednesday in Kaduna.

He said operatives of the agency dismantled 14 drug joints in a series of raids conducted in Kaduna and Zaria city in the month of May 2022.

He said the apprehended peddlers comprised 93 males and seven females, adding that the agency also seized drugs and other narcotic substances during the operations.

“The total weight of drugs seized is 394.480kg within the period under review,”

He said the fight against illicit drugs and drug abuse was a collective responsibility and urged parents to monitor their children to protect them against drug abuse.

While reiterating the agency’s commitment to the fight against drug abuse, Adoro urged the people to give credible information to security agencies to curb the menace in the society

SO SAD!!! One Dies, Another Injured As Three-storey Building Collapses In Kano