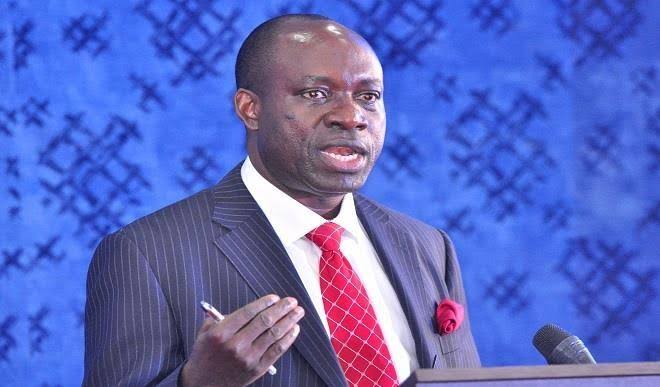 Governor of Anambra state Prof Chukwuma Soludo has warned officials in his government to desist from making donations in public events.

The governor stated this during the 2nd Session of the 5th Synod of the Anglican Diocese of Amichi.

While speaking at the church, Soludo explained that he made the decision to combat corruption, adding that it is also for the sake of probity and transparency in line with stipulated codes of conduct.

“It is part of our administration’s policy to try to tackle corruption among government officials,” Soludo said.

He also called on everyone to join hands to deal with insecurity plaguing the country.

“We must fight such development because if the church as an institution is muscled out by promoters of idolatry, nobody will be safe anymore,” he told the church.

Related Topics:Anambra: Soludo Stops Government Officials From Making Donations At Events
Up Next

Four Policemen Rounded Up For 300, 000 Exhortation