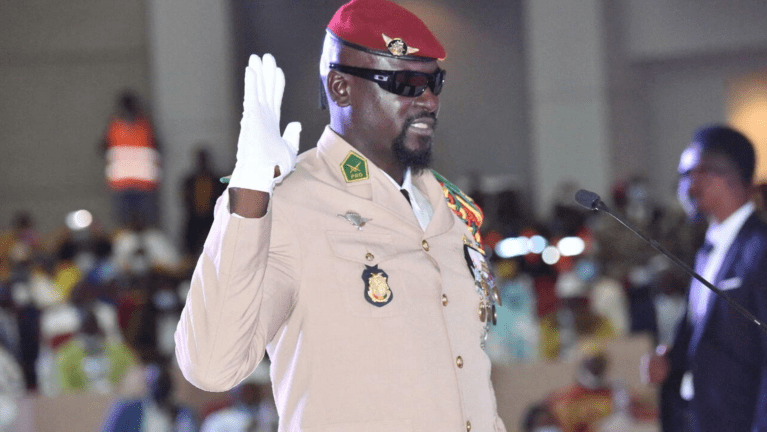 Colonel Mamady Doumbouya, the president of Guinea‘s ruling military junta, has “set” a 14-day deadline for the formation of a joint venture to exploit a massive iron ore deposit, according to local media.

Three months ago, the Guinean state, Anglo-Australian Rio Tinto Simfer, and Winning Consortium Simandou inked a 35-year tripartite deal with the goal of exploiting the Simandou site, one of the world’s greatest iron resources.

The deal calls for the construction of a 670-kilometre railway to connect the mining corridor to a mineral port south of Conakry on the Guinean coast. They are expected to be finished in December 2024. The first commercial production will begin on March 31, 2025.

“We note a gap between your vision of the implementation of the terms of the framework agreement and our expectations. This situation is not only regrettable but also unacceptable for the Guinean state,” the junta leader deplored at the weekend.

“To move forward effectively I expect the creation of the joint venture within fourteen days,” he told the leaders of the two mining giants meeting Friday in Conakry.

For years, the operation has been hindered by disagreements over mining rights, allegations of corruption, and the size of the investment required in a landlocked location with severely deficient infrastructure. Several thousand direct jobs will be created as a result of the project.

The government members were also received by the junta’s leader on Saturday, and they provided the first report on their month-long tour of the country’s interior.

“The report is painful, it must be said. We had an understanding of what we thought Guinea was, but the report is even more violent,” said Prime Minister Mohamed Béavogui.

Guinea’s Prime Minister promised a report with “specific” ideas “in the coming days.”

In September 2021, Colonel Doumbouya was installed as president following a military coup. Within three years, he has promised to pass over authority to civilians elected by the people.