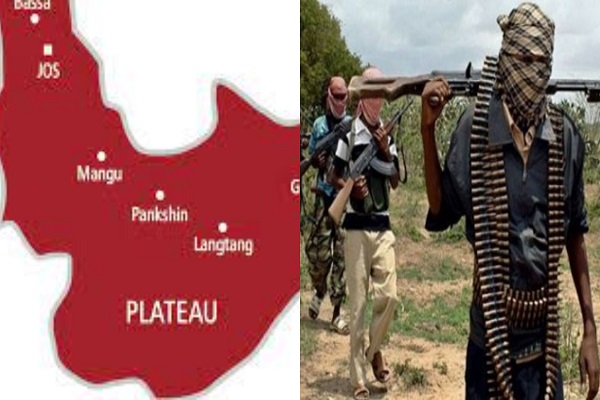 Gunmen have kidnapped chairman of the Christian Association of Nigeria (CAN) in Jos East Local Government Area of Plateau State, Rev James Kantoma.

The Priest of St Anthony Parish in Angware community, Tracknews learnt, was abducted at his house on Monday morning .

Plateau CAN Chairman, Polycarp Lubo, confirmed the abduction of the cleric.

Lubo said: “Since the gunmen took the Reverend Father away, we have not heard anything either from him or the abductors up till this afternoon.

“This is so sad. But we are praying for him that no harm will befall him wherever he is.

A resident of the community, Paul Aware, also confirmed abduction of the Reverend father to reporters in Jos on Monday.

Aware said: “When the gunmen arrived the community early hours of the morning , they moved straight to the house of the Reverend Father.

“Some youths in the area, who were alerted, tried to stop and even gave them a hot chase into the bush but the gunmen started shooting everywhere and eventually took the Reverend Father away.”

Plateau Police spokesman, Alabo Alfred, said that the Command was aware of the incident and had deployed officers and men from the anti-kidnapping unit to the community.

“Our men are already working to ensure that the Reverend father regains his freedom and apprehend those behind the abduction,” Alfred said.

He called for calm saying the police were on top of the situation .

Related Topics:Gunmen kidnap CAN chairman in Plateau
Up Next