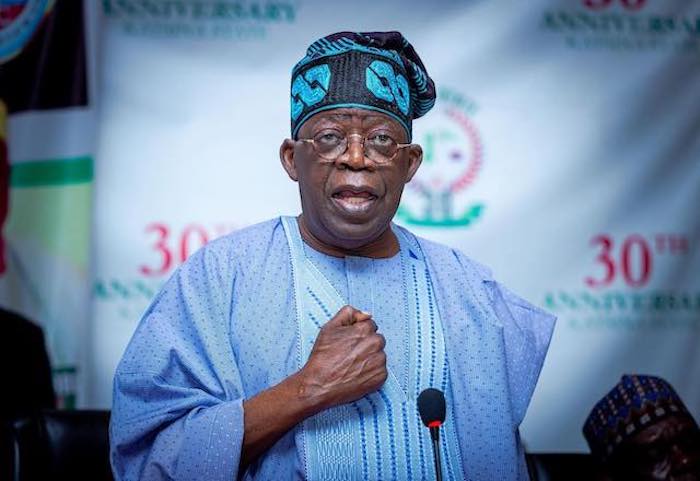 Popular singer/songwriter, Charles Oputa aka Charly Boy has taken a swipe at Presidential aspirant, Bola Tinubu, who last week stated that he put President Buhari in power in 2013 after he went on TV to shed tears for losing the previous election.

While speaking at a political gathering in Abeokuta, Ogun state, Tinubu also said he Dapo Abiodun the governor of Ogun state.

In a post shared on his Twitter handle, CharlyBoy said the former governor failed to mention he also made former NURTW boss, ”Oluomo Super Monster’. 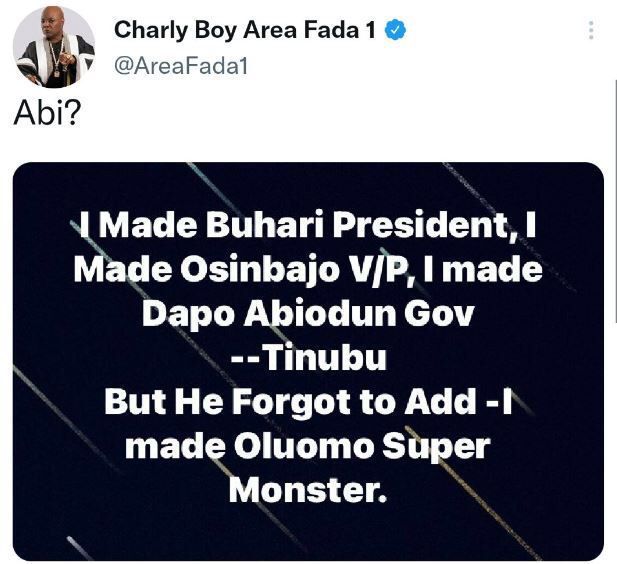 Related Topics:He Forgot To Add ‘I Made Oluomo A Super Monster’- CharlyBoy Slams Bola Tinubu
Up Next