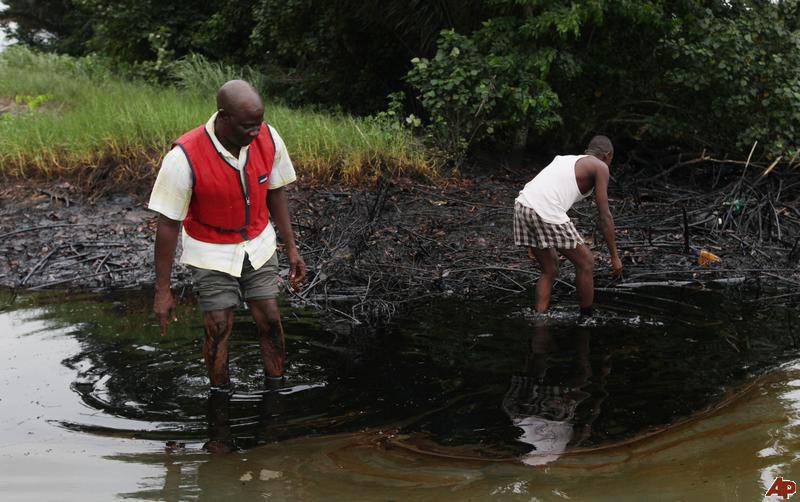 They protested the alleged non-implementation of the Global Memorandum of Understanding (GMoU).

The protesters, under the auspices of ‘Egi Cluster families’ Landlords Association, blocked the oil field located in Idu Oboburu community.

They vowed to remain there until the company met their demands.

They displayed placards with different inscriptions as they barricaded the access road leading to the company’s facility.

Chairman of the Egi Cluster families’ landlords, Raphael Johnson, accused the firm of refusing to keep to the terms of the G-MoU reached with the host communities. Johnson said Agip refused to recognise them while paying attention to other bodies, adding that the company paid deaf ears to all the letters sent to its management.

He said: “Since Agip has refused to recognise the landlords of Egi as the host landlords, we wrote letters to Agip and security agencies but they refused to answer us.

“Three weeks ago, we went for a peaceful demonstration and Agip came with security agencies. They pleaded and invited us to a meeting. We went for the meeting and SMD was not there.”

“We want Agip to recognise ‘Egi Cluster families’ landlord. We are landlords and we should not beg. We are asking that our rights be given to us and Agip knows what we are asking for,” she stated.

Though Agip management could not be reached for its official position, a source who spoke in confidence said the company would resolve the problem.

I’m not against the composition of NDDC board, says Akwa