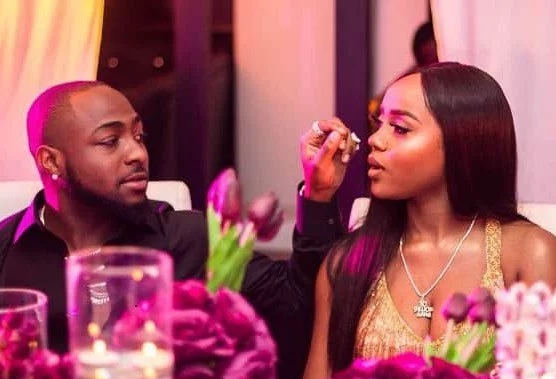 Nigerian Afrobeat singer, Davido has been criticised online after calling his ex-fiancee and celebrity chef Chioma Avril Rowland a drunkard.

Chioma took to her Instagram page to share new photos of herself rocking a blond hairstyle and videos of herself and friends while at a party over the weekend.

The celebrity chef also wore a pink low-cut neck dress as she beams with a huge smile on her face.

In one of the videos, Chioma was seen dancing and looked a bit tipsy.

Davido reacted to the post, calling Chioma a drunkard and she smiled with laughing emojis.

However, the statement got many fans displeased as they tackled Davido for publicly disrespecting his ex-lover.

Related Topics:IGOLOVE OO!! Davido Labels His Ex-lover Chioma A ‘Drunkard’
Up Next

Ini Edo: Why my marriage crashed