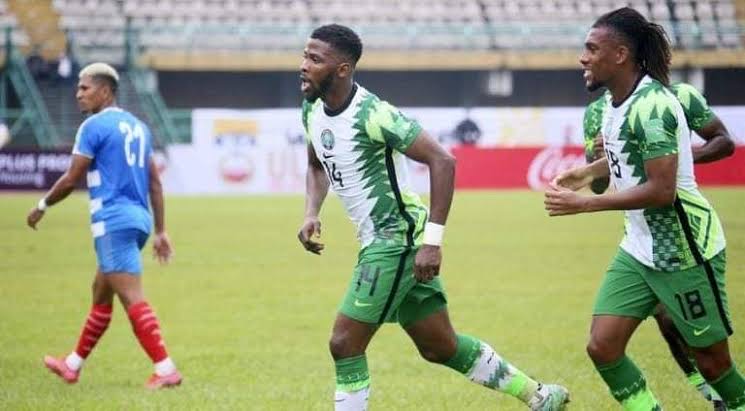 We gathered he completed the process during the last international break and it was why he missed the two friendly games against Mexico and Ecuador respectively in the United States of America and also the first two qualifiers game for the 2023 Africa Cup of Nations.

He was in Nigeria for a wedding and sources close to the 25 year old revealed he has successfully picked up a British passport in addition to the Nigerian passport he carries.

For now his focus is how to be in the plans of new coach Jose Peseiro whose style of play suits his abilities to finish chances. Peseiro’s decision to play 4-4-2 in two straight games is said to have excited the forward as that’s almost same system he is used to at Leicester City.

Furthermore, the team under Peseiro creates lot of chances which is also in favour of Iheanacho due to the fact that he comes alive in the box where his finishing is rated as one of the best in the Nigerian team.

He is very comfortable playing as the arrow head of the attack in such formation and he can also play just behind the top striker with ease.

Related Topics:Iheanacho Gets UK CitizenshipSearches For Spot In New Super Eagles Setup Under Peseiro
Up Next