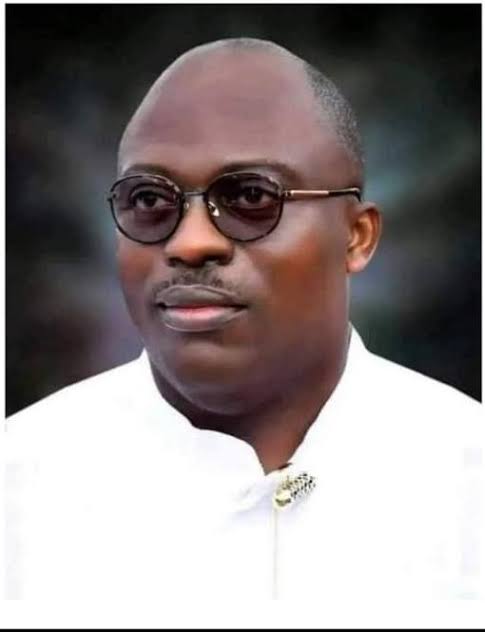 The governorship candidate of the Peoples Democratic Party, PDP in Rivers, Siminalayi Fubara has assured that he will be a governor for all the people of the state if he is elected into office in 2023.

Addressing PDP stakeholders meeting held in his honour in Opobo, the headquarters of Opobo/Nkoro LGA, Fubara said his election as governor will erase the upland/riverine dichotomy and reinforce a united and prosperous Rivers State devoid of rancour.

He emphasised that his choice was divinely orchestrated while applauding the Rivers State Governor, Nyesom Wike, for the unflinching support that led to his emergence as the flag bearer of the PDP.

He added that his gubernatorial ticket is for Rivers South-East Senatorial District.

The gubernatorial candidate called on Rivers people to come out en-mass when campaigns start to support the PDP and ensure that all the party’s candidates are elected at the 2023 general elections as Rivers State is naturally a PDP state.

Earlier, a former lawmaker and immediate past Commissioner for Water Resources and Rural Development, in Rivers, Tamunosisi Gogo Jaja had enjoined all riverine and Ijaw communities in the state to work as one indivisible family and support the gubernatorial quest of Sim Fubara as a true Ijaw son.

He noted that Ijaw and riverine communities in the state are bound by the same fate and circumstances, therefore the people should unite to push Sim Fubara candidacy to accomplish their dream of governing the state

He also commended Gov Wike for bringing the dream into pass.

The stakeholders meeting saw the gathering of PDP Stalwarts in the LGA which had in attendance the PDP State House of Assembly candidate, Hon Adolphus Orubienimigha, the LGA Party Chairman, Mr. Godwin Manfred Pepple, Executive Chairman of Opobo/Nkoro LGA, Dr. Enyiada Cookey-Gam among others.

Related Topics:I'll be governor for all of Rivers if elected - PDP's Fubara
Up Next

2023: Osinbajo Speaks On Stepping Down Ahead Of APC Primary