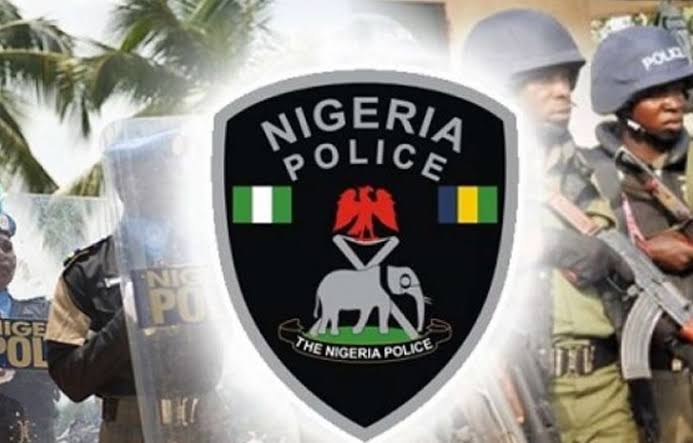 The Nigeria Police Force (NPF) has through the Imo State Police Command has disclaimed alleged bomb explosion in the popular Izombe Central Market in Oguta Local Government Area, describing it as pure falsehood that is malicious.

Recall that a national newspaper but not TrackNews Nigeria had earlier reported on that counts were injured and vehicles burnt as a result of the bomb explosion which shook the market on Monday.

In reaction, the Police Command via a statement made available to TrackNews Nigeria on Tuesday by its spokesman CSP Michael Abattam asserted that the Command “is miffed and views this publication as malicious, false, misleading and a calculated attempt to undermine the already improved security situation being enjoyed in the state.”

The statement reads in parts: The attention of the command has been drawn to a false newspaper publication in the DAILY SUN Newspaper of 21ST June 2022 captioned “SIT-AT-HOME: GUNMEN BOMB IMO MARKET” and online news captioned “BOMB EXPLOSION ROCKS IMO MARKET, SCORES INJURED, VEHICLES BURNT” written by one Stanley Uzoaru a reporter of Daily Sun Newspaper, alleging that “gunmen while enforcing sit-at-home order of the proscribed Indigenous People of Biafra (IPOB) yesterday, 20/06/2022, BOMBED the popular Izombe Central Market in Oguta Local Government Area of Imo State; that they earlier warned the traders not to come out on Monday’s but they ignored them. Irked by their defiance, the gunmen threw bomb inside the market and everybody started running for safety, they poured fuel on two vehicles and everywhere went up in flame.

“It is preposterous and most unfortunate that notable national newsprint will publish a sensitive story without ascertaining the true facts.

“The Command is miffed and view this publication as malicious, false, misleading and a calculated attempt to undermine the already improved security situation being enjoyed in the state and also to dampen the confidence the Command has achieved with the good people of the state since the arrival of the Commissioner of Police, CP Mohammed Ahmed Barde, few months ago.

“May I at this juncture, state the true facts surrounding the incident that actually occurred on 20/6/2022 in Izombe Central Market. It is on record that there was no bomb explosion in Izombe Central Market on 20/6/2022, and there was no record at the disposal of the Command that, the traders were in anytime warned by members of the proscribed Indigenous People of Biafra (IPOB) or it militia affiliate, Eastern Security Network (ESN) not to come out on Mondays for their businesses. Moreso, the community has always engaged in their market business without fear of molestation from anybody.

“However, preliminary investigation conducted by the Police Operatives on arrival at the market while responding to the distress on 20/6/2022 at about 1630hours, revealed that some overzealous miscreants came to the Izombe Central Market in Oguta LGA of Imo State, on a motorcycle, went to a stationed Bus where the conductor was canvassing for passengers traveling to Owerri and set it ablaze in the name of enforcing sit-at-home order in the Community and left almost immediately after the act. However, no life was lost and most of the people have left because it was the close of market.”

“The Command considers this publication not only unprofessional but also believes it’s at variance with the ethics of the profession of journalism. To this end, the Nigeria Police, Imo State Command Owerri, Imo State, hereby demands a retraction/or correction of this offensive news publication in the Daily Sun newspaper of 20/6/2022, within Twenty-four hours of this Rejoinder of which, if this is not done, the Command will have no choice but to take appropriate legal action against the publisher.”

Related Topics:Imo Records No Bomb Explosion – NPF
Up Next