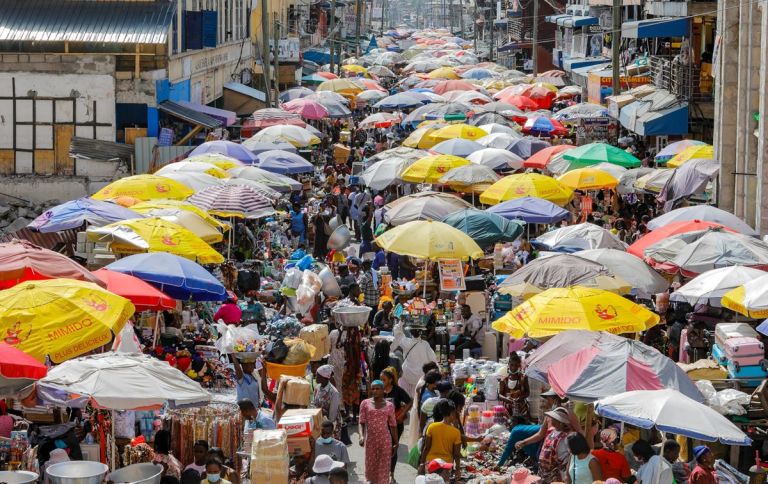 Increase in Transport & Food Prices Drive Ghana’s Inflation Rate to 27.6% in May as against 23.6% in April, hitting a new 18-year peak.

Government Statistician, Professor Kobina Annim says the rate of inflations for transport about 39.0%, Household Equipment and Maintenance about 33.8%, Housing, Water, Gas and Electricity about 32.3%, and Food and Non-Alcoholic Beverages about 30.1.6% were higher than the national average of 27.6%.

Last month, the MPC hiked interest rate to curb inflation, but it has not achieved the desired result.

In May 2022, 12 of the 13 divisions record inflation rates higher than the rolling average from June last year to May 2022.

Focusing on year-on-year food inflation for May 2022, five sub-classes record inflation rates higher than the overall food inflation of 30.1%, which was distantly led by oils and fats at 52.0% followed by Water at 42.4%.

Meanwhile, Ghana’s eastern region for the first time in a while recorded the highest rate of inflation of 31.2% due to skyrocketing food prices in the region.

However, Upper East region recorded the least inflation rate of 19.5%.

If inflation rate continues to rise, then interest rates are expected to climb further.

Presently, interest rates on the short term of the money market are hovering around 22% plus.

Related Topics:Increase in Transport & Food Prices Drive Ghana’s Inflation Rate to 27.6%
Up Next

We Are In Abuja To Beat Super Eagles – Sierra Leone Defender