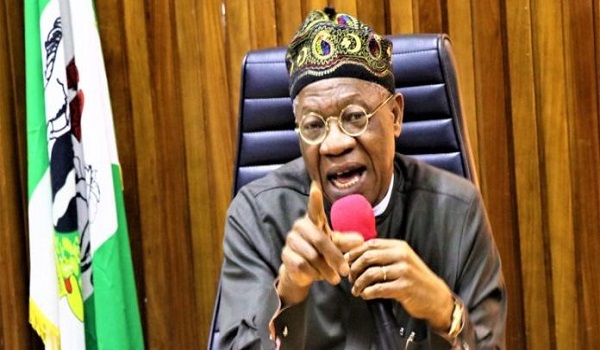 The issues around the ongoing strike by members of the Academic Staff Union of Universities (ASUU) and other university-based unions are more complex than Nigerians think, Information, Culture and Tourism Minister Lai Mohammed said yesterday.

He, however, said the government was doing its best to end the four-month-old job boycott by varsity teachers and the dispute between the other unions with their employers.

Apart from ASUU, three other bodies – Senior Staff Association of Nigerian Universities (SSANU), Non-Academic Union of Universities and Associated Institutions (NASU) and the National Association of Academic Technologists (NAAT) – are up in arms against the Federal Government over sundry welfare matters.

They accuse the Federal Government of being insensitive to their demands.

But the minister told State House reporters after the virtual Federal Executive Council (FEC) meeting of Information and Culture that the issues around the “ASUU strike are not as simple as they seem.”

ASUU members have been on strike since February 14 over unresolved issues with the federal government.

Responding to a question on why the government approved the establishment of e-learning centers but was unable to resolve problems with unions in the public universities for the students to go back to school, the minister said the issue with the unions was not as simple as many may think.

He also said that the government was worried over the long closure of public universities and therefore making stepping up efforts to resolve all the contentious issues. Mohammed, who briefed on behalf of the Minister of Education, Mallam Adamu Adamu, said: “Then the other question has to do with the ASUU strike. I think if I remember this e-learning, I think has to do more with primary schools and not universities.

“I don’t think because we’re having challenges with the university lecturers, we should stop primary school students in continuing with their education.

“I wish that the ASUU issue is as simple as many of us think it is. I don’t think it’s that simple. But I want to assure you that a lot is going on behind the scenes.

“I think probably the Minister of Education will be better positioned to give the details, but like any government, if we’re not concerned, we would not set up all the committees which have been working on. If we are not concerned we will not be looking for means to even assuage the feelings of the Union.

“We’re worried we’re concerned, and we’ll continue to work towards finding an early resolution of the problem.”

Related Topics:Issues in varsity unions’ strike complicatedSays Minister
Up Next